Here’s the opening of “EARTH PAVED OVER”, a very short story by Ritter Coldriss:

“The plains had been paved over centuries earlier to better accommodate the living mini-malls that endlessly wandered the countryside, searching for customers. A thousand years before that, the mountains & the seas were leveled & drained & paved over. Once the second & third moon appeared in the sky, extra parking became a necessity.”

The idea of living mini-malls is hilarious. Hopefully they aren’t too lonely, roaming the wasteland like that. Although it’s uncertain — are they sentient? Merely autonomous? Hmm. 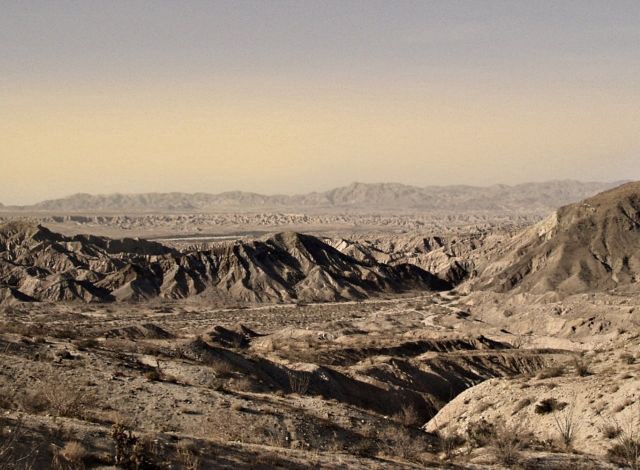 Desert photo by WhoIsCharley, available for $28 on Etsy.

In other news, economist James Bessen argued somewhat convincingly that automation will create more jobs than it destroys. We’ll see, won’t we?

“Automation reduces the cost of a product or service, and lower prices tend to attract more customers. […] So when demand increases enough in response to lower prices, employment goes up with automation, not down.”

Exolymph is not usually just links, but my brain is short on commentary at the moment. Enjoy the weekend, comrades.