“Silicon valley ran out of ideas about three years ago and has been warming up stuff from the ’90s that didn’t quite work then. […] The way that Silicon Valley is structured, there needs to be a next big thing to invest in to get your returns.” — Bob Poekert 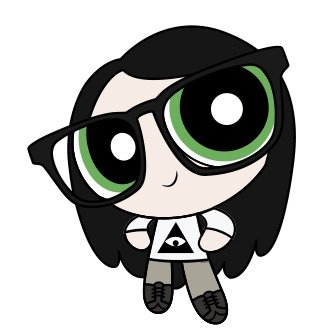 I interviewed Bob Poekert, whose website has the unsurpassable URL https://www.hella.cheap. Perhaps “interviewed” is not the right word, since my queries weren’t particularly cogent. Mainly we had a disjointed conversation in which I asked a lot of questions.

(Per the Purdue Department of Mathematics, “An actuary is a business professional who analyzes the financial consequences of risk. Actuaries use mathematics, statistics, and financial theory to study uncertain future events, especially those of concern to insurance and pension programs.”)

(Also, Poekert said on the phone with me, “[The label] AI is something you slap on your project if you want to get funding, and has been since the ’80s.” But of course, what “AI” means has changed substantially over time. “It’s because somebody realized that they could get more funding for their startup if they started calling it ‘artificial intelligence’.” Automated decision trees used to count as AI.)

“what culture you grew up in, what language you speak, and how much money your parents have matter more for diversity than race or gender” — 2

“globalization has pulled hundreds of millions of people out of poverty, and it can pull a billion more out” — 4

Currently Poekert isn’t employed in the standard sense. He told me, “I’m actually working a video client, like a Youtube client, for people who don’t have internet all the time.” For instance, you could queue up videos and watch then later, even when you’re sans internet. (Poekert notes, “most people in the world are going to have intermittent internet for the foreseeable future.”)

Poekert has a background in computer science. He spent two years studying that subject in college before he quit to work at at Justin.tv, which later morphed into Twitch. Circa 2012, Poekert joined Priceonomics, but was eventually laid off when the company switched strategies.

I asked Poekert about Donald Trump. He said that DJT “definitely tapped into something,” using the analogy of a fungus-ridden log. The fungus is dormant for ages before any mushrooms sprout. “There’s something that’s been, like, growing and festering for a really long time,” Poekert told me. “It’s just a more visible version” of a familiar trend.

Forty percent of the electorate feels like their economic opportunities are decreasing. They are convinced that their children will do worse than they did. You can spin this with the Bernie Sander narrative of needing to address inequality — or the Trump narrative of needing to address inequality. Recommended remedies are different but the emotional appeal is similar.

Poekert remarked, in reference to economists’ assumptions, “It would be nice if we lived in a world where everyone is a rational actor.” But that world doesn’t actually exist.

Sousveillance on a Blockchain