Breakmaster Cylinder is a pseudonymous musician on the internet.

They made the opening and closing theme songs for the popular podcast Reply All, which is how I know about them, and did a Song Exploder interview about the process of creating those songs.

Their music combines IRL instruments and virtuoso-level chopping and screwing. Breakmaster Cylinder is the audio version of a glitch artist.

I reached out on Twitter to ask if they were interested in doing an interview. Breakmaster Cylinder said yes. We conducted the Q&A via DM, so it’s heavily edited for this format.

Probably best to listen to their tracks while you read! (See also: Person B Productions, the PBP Soundcloud, and Breakmaster Cylinder on Bandcamp.) 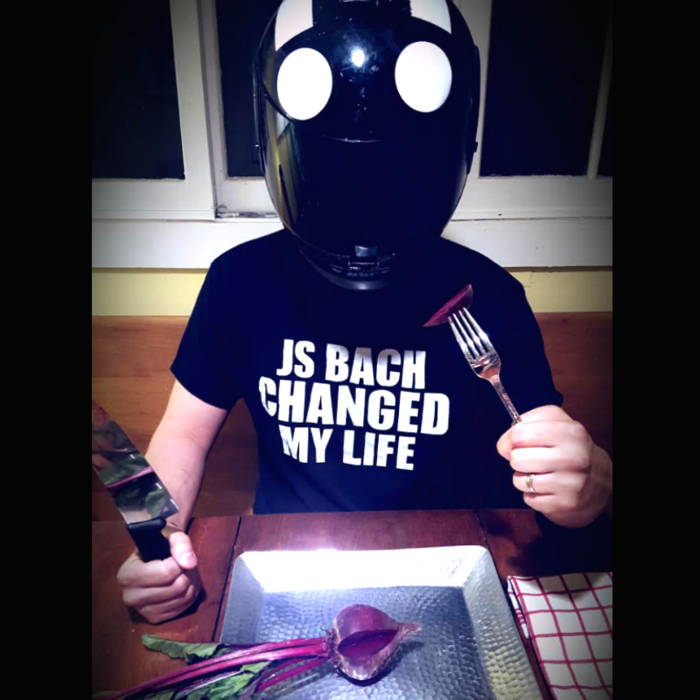 Exolymph: How did you get into making music? Did you start out traditional and then move to your eclectic, multi-instrument, digitally crafted form? Or were you always a sort of postmodern audio-collage artist?

But as a wee cylinder I’d do that double-tape-deck stereo trick where you’d put some music on deck A, put a blank tape on deck B, record a single second of music from A to B, replace the first tape, add another second of sound, and just keep going until you had some weird kind of chop music.

Later I had raver friends and I would make them little albums, with sweet Fruity Loops 3. Which I miss.

Exolymph: Did you go straight from being a smol cylinder to your current incarnation? Did you have to work shitty normal jobs in between, or… ?

Breakmaster Cylinder: There were rungs, sure. Normal pedestrian rungs, approached haphazardly. Varying degrees of success; varying rates of turnover. I feel like life’s circumstances have a way of resetting themselves every three years or so. There are a lot of “eras”.

That’s off topic. I’m grateful and lucky that people are listening and now even hiring me. It’s been well over a decade getting to this point. I had help from now-defunct web label Breakbit Music, and from Alex Goldman and Reply All who are amazing.

Exolymph: When / why / how did you decide to be pseudonymous?

Breakmaster Cylinder: Early on. It feels right. Everybody has band names anyway. Not so different.

Exolymph: Do you think it helps you, from a branding perspective? I don’t know if you think of yourself primarily as an artist or a businessperson or both — though I’m guessing artist.

Breakmaster Cylinder: I just don’t wanna be out there. I don’t matter. It’s nice to be any / every / nobody.

I am figuring out the business bit. I think it does help, though. Reply All started calling me mysterious. Mysteries are nice. I hear that someone Alex Goldman has known in real life for a long time thinks we’re the same person. [Goldman is one of the hosts of Reply All.]

Also, revealing myself would detract from my presidential bid.

It’s such a fine line between jokes and lies, innit?

[Breakmaster Cylinder then asked me some questions about myself, which caught me off guard because that rarely happens during interviews. Redacted, mainly because I’ve already written about the topics for Exolymph.] 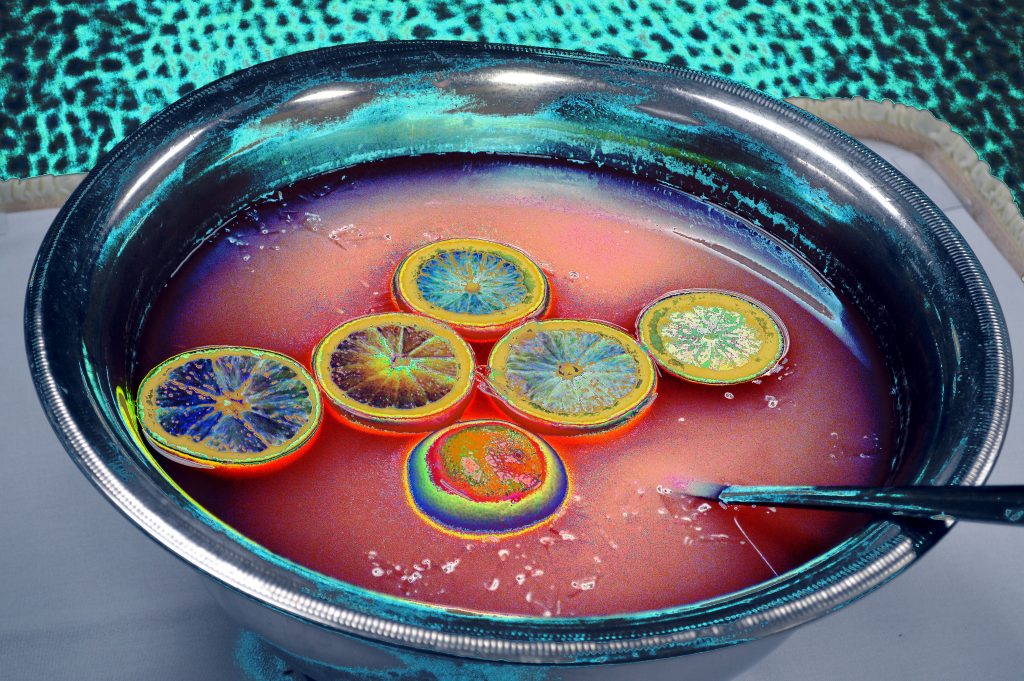 Exolymph: Who inspired you? Who are your influences? (Besides Bach.)

Breakmaster Cylinder: It IS an interesting attitude [referring to cyberpunk]. I’m ready for chips and Minority Report-style DAWs (music-writing software) and like… generally whatever Imogen Heap is doing with her fucked-up crazy Samus arm.

Nearly twenty years ago I wanted to be Squarepusher. Big Loada and Go Plastic are incredible albums that blew my mind. The first was done on drum machines; the second was his first-ever album on a computer and it’s unbelievable. No one has ever topped his break programming and that seems weird to me by now.

These days he sucks so, so, so badly. [Edited to add this note from Breakmaster Cylinder: “In retrospect, I regret my choice of words. Squarepusher doesn’t suck; he is an incredible genius who plays bass better than I can do anything. I just can’t make it through any of his new albums.”]

Exolymph: What a bummer. Why do you think that happened?

Breakmaster Cylinder: I got into an Uber a couple of months ago and out of nowhere the driver was like, “I MAKE NEXT-LEVEL JUNGLE BEEEEEATS! DO YOU LIKE JUNGLE MUSIC?!” and started playing me Squarepusher.

Also his own beats, which were really, really good, actually. We spent an hour driving to the airport, playing each other songs. And he expressed how he’d like to jump-kick Squarepusher for sucking so badly now.

I want to say “jump-kick” was the term. Maybe it was “kick-slap”. Now I’m pretty sure “slap” was in there.

Anyway, I guess I’m not the only one who thinks so.

As for WHY, I don’t know! But none of my favorite bands from twenty years ago are still good now. Or even made it past, say, three quality albums.

I’m afraid of this.

And now that I’m writing music for background scoring for other people’s projects, I’m afraid of sounding watered-down. Because I need to be simpler for a while.

I’m saving up some serious weirdness though. I hope. Or, I mean… I hope it is interpreted as such.

Exolymph: Circling back to you being cyberpunk — does that seem weird to you? Does how you’re perceived in general seem weird?

Breakmaster Cylinder: I’m an internet musician in the Daft Punk ripoff helmet. Cyberpunk it is. Hack the planet.

I am blown away by how nice people are to me, mostly.

Yes, seeing how people view me is weird. But then… that’s weird anyway.

Ooh! I wired a baseball glove into a five-fingered drum machine once. CYBERPUNK.

Exolymph: Why are you blown away by how nice people are? What kind of nice?

Breakmaster Cylinder: Oh, I dunno, just the regular kind, I guess. People have nice things to say about the music. Sometimes they pay for albums they don’t have to. Sometimes they tell me about their lives at or DM me at weird hours. For being a disconnected space creature, the reaction has been surprisingly personal.

There are few haters. But those who are quickly prove themselves to be professional haters who I wasn’t gonna make happy anyway. So that’s okay.

Also pleasant weirdos. This dude who would freestyle text-rap emails to me about cocaine at like four in the morning. I wonder what happened to him.

Another guy has informed me that he’s building a booth for Burning Man where people can have my music blasted directly into their perineums.

It’s just a lovely planet you’ve got here. Or anyway, I get to interact with the nice part of it.