“Corporations do not share our priorities. They are hive organisms constructed out of teeming workers who join or leave the collective: those who participate within it subordinate their goals to that of the collective, which pursues the three corporate objectives of growth, profitability, and pain avoidance. (The sources of pain a corporate organism seeks to avoid are lawsuits, prosecution, and a drop in shareholder value.) […]

We are now living in a global state that has been structured for the benefit of non-human entities with non-human goals. They have enormous media reach, which they use to distract attention from threats to their own survival. They also have an enormous ability to support litigation against public participation, except in the very limited circumstances where such action is forbidden. Individual atomized humans are thus either co-opted by these entities (you can live very nicely as a CEO or a politician, as long as you don’t bite the feeding hand) or steamrollered if they try to resist.” 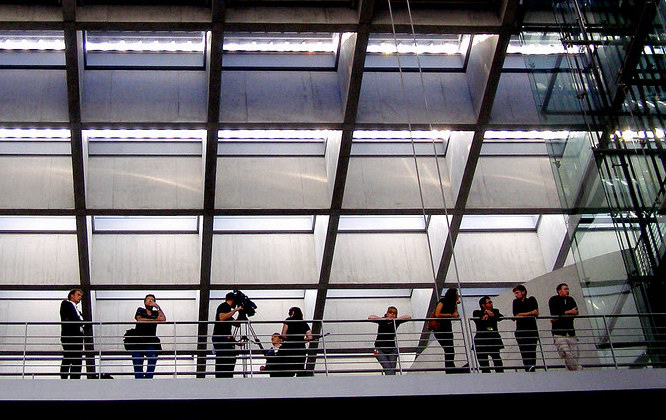 To grab the most recent counterexample, the results of the Brexit referendum were abhorrent to London’s financial sector. It remains to be seen whether and how the UK will withdraw from the EU, or if it will have to relinquish Scotland in the process, but it’s pretty clear that outcomes fiercely opposed by the corporatized elite can come to pass and gain tremendous public prominence.

You get ahead in a big company — companies of most sizes, actually — by making your boss look good. Raises and promotions are allocated to employees who boost their supervisors’ status. (Wisdom from my dad, who’s worked for the same giant enterprise tech company for thirty years.) Making your boss look good may or may not align with helping the company succeed as a whole.

In 2007, political humorist and journalist Jon Schwarz defined the Iron Law of Institutions:

This could be summarized as “people care about their status among members of their ingroup, not members of the outgroup(s)”. Almost all cultural entities — and corporations are encrusted with culture — can be examined as communities going through hipster hype cycles and jockeying for power among themselves.

But of course, reality is also more complex than this paradigm. People can and do raise a cause above their individual wellbeing.

Corporations are assemblages of different types of people arranged in various idiosyncratic feedback loops. For the corporation to be sufficiently successful and stick around, the system must be reasonably optimized for its own survival. But it doesn’t have to work well from any objective standpoint. It can lurch in one direction or another on both macro and micro levels (the infamous Nokia acquisition and employee rating system are beautiful examples).

Anyway, we should not forget that regarding a company as a united entity with clear goals is just a rhetorical device, not a 1:1 reflection of reality.

AgriCULTURE: “Who doesn’t want to save the world?”