Cyberpunk sculptor Retech is looking for collaborators, and he asked me to spread the word. Here are the requirements:

And here is one of Retech’s pieces: 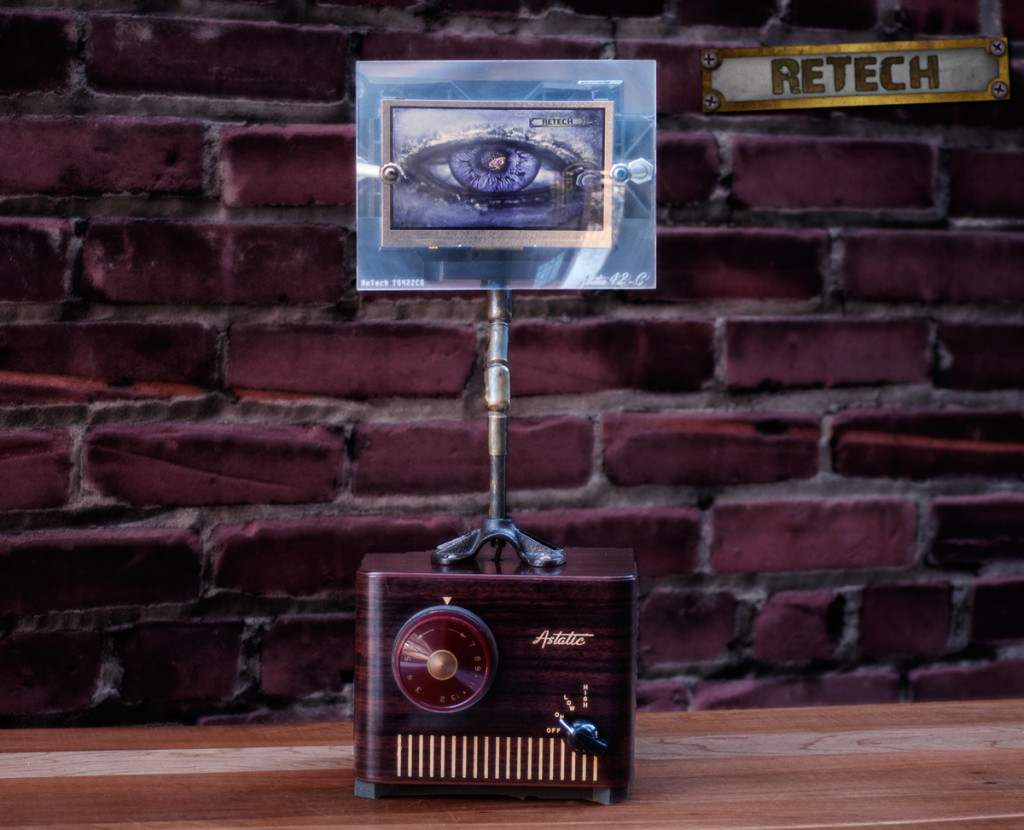 In other video-related news, tonight Alex and I watched Thomas in Love, a French movie that’s unintentionally retro-futurist. It came out in 2001. The filmmakers’ vision of the internet is a network of video services and “visiophones”, which are basically Skype devices. The protagonist is a thirty-something agoraphobic man whose life is controlled almost entirely by an insurance company — to which he voluntarily turned over his assets. His therapist signs him up for a video-based “dating club”, and Thomas falls in quasi-love with the first two women who pay genuine attention to him. This sounds like the setup for a dumb rom-com, but the movie is actually quite nuanced and definitely melancholy. Recommended for people who enjoy nonstandard storytelling forms, can tolerate French cinema, and also don’t need fast-paced plots to stay engaged.

The meta takeaway from Thomas in Love is that our own visions of the future will seem silly in just a couple of decades.