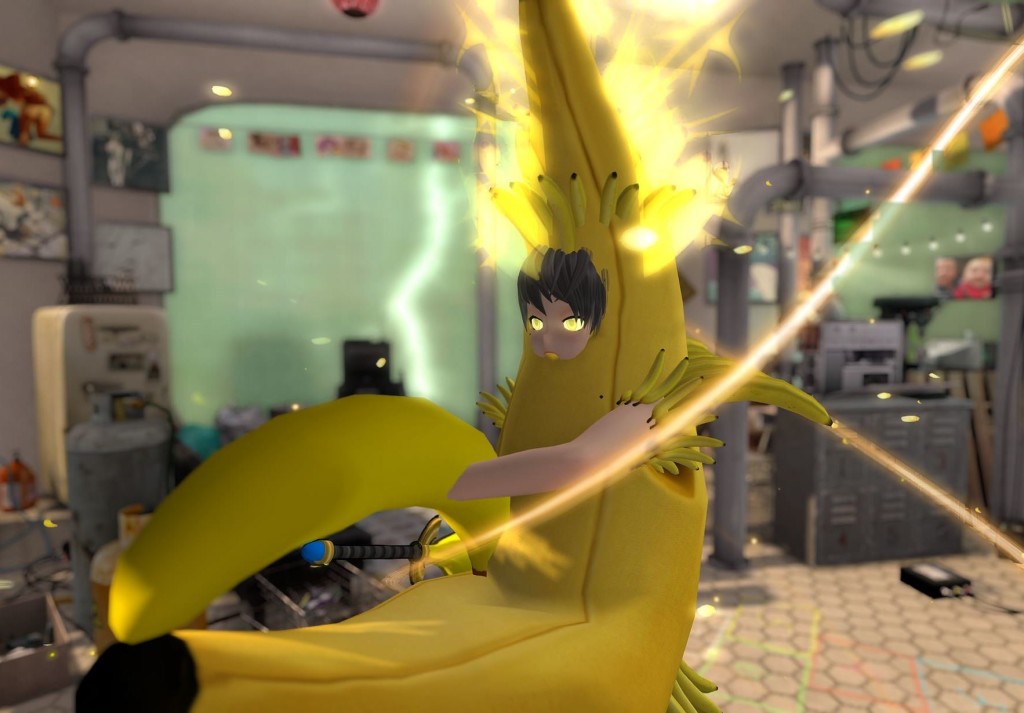 I originally discovered Torley through Flickr, where he shares screenshots of ethereal and bizarre scenes from Second Life. He is also a musician and has released projects like Glitch Piano, an album described thus:

“Not long ago, in a parallel universe fairly, fairly close… humans imported a master race of sentient pianos through spacetime portals, using the instruments as labor-beasts and war-weapons. Predictably, these magnificent creatures rebelled and bass’ed civilization, enslaving the masses like the un-self-actualized lowminds they broadly are.

The contained aurelics (sonic artifacts) are historical evidence of such a traumatic time, and oddly, we detected halos of rich emotional spectrum — including loveliness and humorosity — amidst the runes.”

I emailed Torley to request an interview, and he answered my questions at great length. The full text, minus a couple of portions redacted for his privacy, is available as a PDF. The dispatch that you’re currently reading is a sort of “greatest hits” summary, like what I did with Andi McClure’s interview.

During a hard period in his life, Torley read some of the classic cyberpunk novels as balm. Consequently, he…

“wondered if there was a ‘real’ (as real as real can be) place where I could explore some of these ideas. I learned of the cyberpunk city ‘Nexus Prime’ in the Second Life virtual world — almost all content created by its users! — constructed on the aptly-named Gibson region […] As a metaphor that worked on such a practical level, my first avatar was an amplified version of my physical self, then I projected further into the future — and became an incarnation of my time-traveling daughter, who came back to tell me ‘THINGS ARE GOING TO BE OKAY’. […] Eventually, I was hired by Linden Lab (makers of Second Life), which I am immensely grateful for as it changed my first life even further. I continue to work here on all of their products, including Sansar — our next-generation virtual world.”

I asked about the appeal of this genre, and Torley told me:

“I’ve long romanticized big cities with towering skyscrapers, and couriers scurrying in the dark, running past neon signs with some data that was too precarious to simply upload… so it had to be done sneakernet-style. I definitely enjoy the whole audiovisual package, even if it’s the most superficial images of what comes to mind when a cyberpunk trope is mentioned… and as a strain of sci-fi, to quote Gibson, to realize we are living in an unevenly distributed future RIGHT NOW. It’s happening all around us.”

“For me, cyberpunk has always meant giving unpopular (minority) ideas a fighting chance. […] it means a resistance to change the system, and augment one’s personal self. Which is what I chose with my life path. […] We each contain that power to alter the operation of the big machine, even if we may be ‘just’ a gear or cog in the works. Megacorps fascinate me, and all the fictional marketing that goes into the worldbuilding process.”

Torley on his own daily habits:

“I enjoy consuming Soylent 2.0 everyday. ‘Revolutionary’ is an adjective not to be applied lightly, but it’s saving me an accumulating amount of time. I always wake up and have a bottle or two to start my day. I’m drinking some as I communicate right now. A few bottles make up the majority of my meals. […] I suppose Soylent is a cyberpunk ethos foodstuff — the target demographics are both diverse and fascinating. Yet we are all human, and time is a teacher that kills all its students. That’s why I think their marketing is clever — they emphasize that Soylent does not outright replace conventional food, but FREES you to choose what meals you want to chew.”

Circling back to Second Life:

“Second Life has been a safe space for me and many others — whether that’s exploring identity, sexuality, racial-cultural constructs, etc. How you perceive SL depends on how you perceive yourself […] It’s very easy to experiment with identity here. You can change your whole look as easily as people can change clothes in ‘meatspace’. One’s avatar’s total appearance can be changed in mere seconds, yet may get a completely 180-degree response from those around you inworld. A hulking dragon brings out a totally different reaction than being an adorable pixie. I have been many forms, almost always revolving around my pink-and-green color scheme. I’ve called it ‘the Torley Council’, wherein I imagine a type of mini United Nations in my head, with each persona diverse yet unified — it’s all me, after all.”

“We are blessed to live in such an age of technological abundance, as unstable as some systems may be. We owe it to ourselves to harness those tools to be healthier, happier, more creative human beings. When our own needs are met and our resources are replenished — and when we are genuinely comfortable in our own skin — we can more ably help each other.”

I’ll crack open a neon watermelon and toast to that.