This website was archived on July 20, 2019. It is frozen in time on that date.
Exolymph creator Sonya Mann's active website is Sonya, Supposedly.
August 15, 2016

The Olympics and Posthumanity

Today’s dispatch was contributed by Webster Wade, who you can find on Twitter and Wattpad. 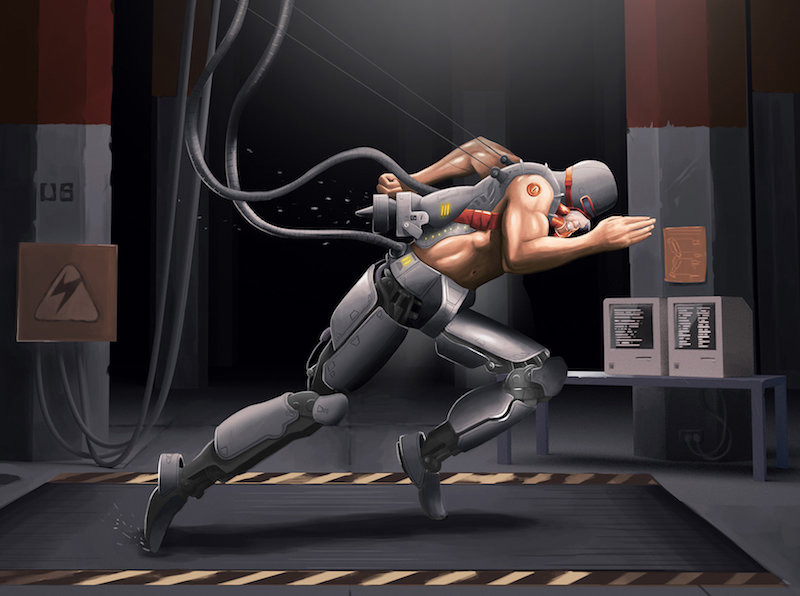 Watching the Olympics this week, I have many thoughts related to upcoming posthuman achievements. In more than one extended talk by a geneticist, doctor, biomedicine specialist, or similarly qualified professional, I’ve heard the idea that it is entirely possible and “easy” to make a superhuman. The only hurdle is the ethical quandaries — of why, of doing it on a first batch of humans, of how to push for egalitarianism in a wildly unequal world, and more.

In Olympic-level sports, there is this crazy insistence that the athletes not take any substances that would enhance their performance. And yet an athlete like Michael Phelps is remarkable because of his abnormal physique. He has hypocritically spoken out fervently against allowing drug-supported athletes to compete.

There is a significant amount of targeted sexism, seeking to single out female athletes with heightened testosterone and related intersex conditions. As far as I know, this standard is not applied to male athletes. They are only screened for very high doping levels, not “naturally high” levels.

It seems weird to me that the “fun” of the Olympics is observing people leverage their unusual bodies to do great feats, but we are picky about what unusual traits are permitted. The ability for a body to respond well under a super-stacked doping regime is arguably just as impressive as harnessing any other natural talent.

In bodybuilding, competition is divided between “natural” and “anything goes”.

Based on current ideals, in a near future where you can design the ideal gymnast body, the uber-Phelps clone, the perfect runner who will quash all prior records, such meddling will no doubt be disallowed. It will be dismissed as “unnatural”, “unsportsmanlike”, and “anti-competitive” for a few decades — until it becomes so typical and otherwise inserted into sports that it will be considered okay.

Even though the athletes that break records today are able to do so because they have innate advantages, advantages we condone because they are gifted by chance.

More of Webster Wade’s work is available on Twitter and Wattpad.