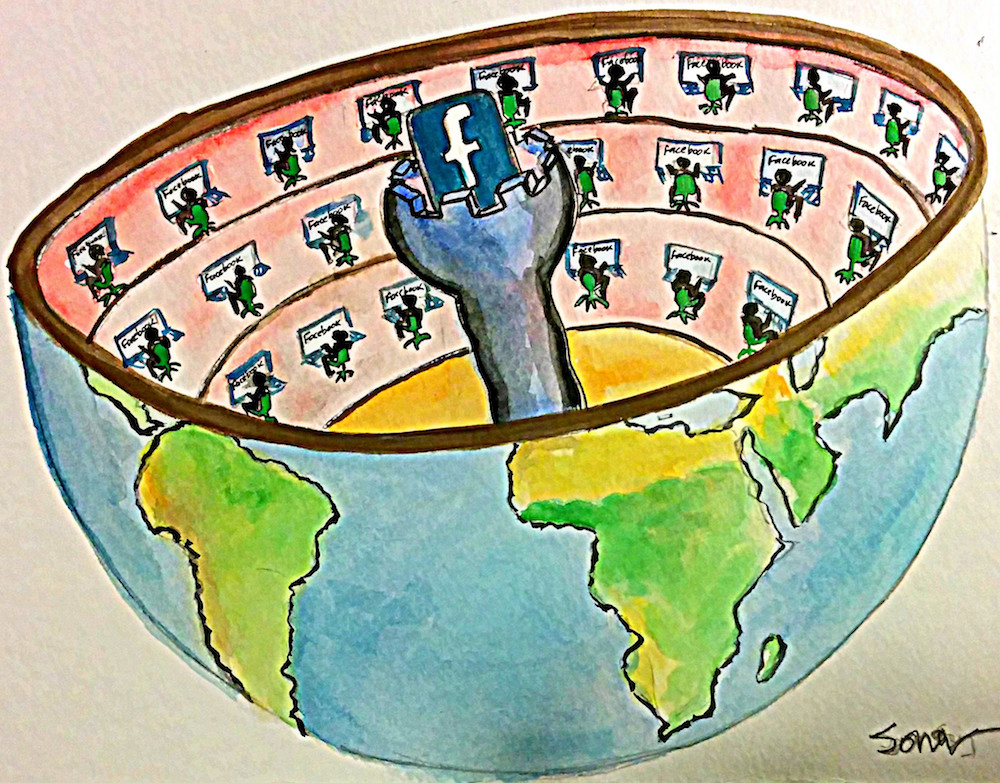 Facebook as a global panopticon. Artwork by Joelle L.

The following is Tim Herd’s response to the previous dispatch about sousveillance.

A tech executive was quoted saying something like, “Privacy is dead. Deal with it.” [According to the Wall Street Journal, it was Scott McNealy of Sun Microsystems. He said, “You have zero privacy anyway. Get over it.”]

I think he’s right, for most working definitions of “privacy”. I think that security professionals, privacy advocates, etc, are fighting rearguard actions and they will lose eventually.

Less than a year after Amazon rolls out Alexa, cops pull audio from it to get evidence for a conviction. That microphone is on 24/7, and in full knowledge of this people still buy them.

Information is valuable. The same technology that lets me look up photos of your house for shits and grins, or to stalk you, is what powers Google Maps.

This can devolve into 1984 lightning fast. On the other hand, think about this: “Probably the best-known recent example of sousveillance is when Los Angeles resident George Holliday videotaped police officers beating Rodney King after he had been stopped for a traffic violation.” [From the Steve Mann paper.]

It’s a tool, and it all depends on how it’s used.

Take me, for example. With a handful of exceptions that I am not putting to paper, there is nothing in my life that is particularly problematic. If the government were spying on me 24/7, it wouldn’t even matter. I have nothing to hide.

(I understand the implications regarding wider social norms. I’m working under the assumption that That Ship Has Sailed.)

The people who do have things to hide, well, we made that shit illegal for a reason. Why should I care when they get burned? That’s the whole goddamn point of the law.

(Aside: I believe that the more strictly enforced a law is, the better it is for everyone overall, because consistency of expectations is important. I bet that the roads would be much safer and more orderly if every single time anyone sped, ever, they automatically got a speeding ticket. Always. No matter what. No cat-and-mouse games with cops, no wondering which lights have speed cameras. Just a dirt-simple law. Here is the rule. Follow it and we are fine. Break it and you will always lose. So many problems are caused by people trying to game the rules, break them whenever possible, and follow them only when they have to.)

(Continued aside: Obviously shit would hit the fan if we started automatically 100% enforcing every traffic law. But you better believe that within a month of that policy being rolled out nationwide, speed limits would rise by at least 50%.)

The reason we care about surveillance is that a lot of things are more illegal than we think they should be.

Obvious example: In a world of perfect surveillance, 50% of California gets thrown in federal prison for smoking weed.

All of this is build-up to my hypothesis:

Which brings me to the actual thesis: Libertarianism and formal anarchy is going to be way more important in the near future, to cope with this. In a world of perfect surveillance, every person in San Francisco can be thrown in prison if a prosecutor feels like it. Because, for example, literally every in-law rental is illegal (unless they changed the law).

The way you get a perfect surveillance world without everyone going to prison is drastic liberalization of criminal law, drastic reduction of regulatory law, and live-and-let-live social norms that focus very precisely on harms suffered and on restorative justice.

A more general idea that I am anchoring everything on: A lot of people think tech is bad, but that is because they do not take agency over it. Tech is a tool with unimaginable potential for good… if you take initiative and use it. If you sit back and just wait for it to happen, it goes bad.

If you sit back and wait as Facebook starts spying on you more and more, then you will get burned. But if instead you take advantage of it and come up with a harebrained scheme to find dates by using Facebook’s extremely powerful ad-targeting technology… you will benefit so hard. 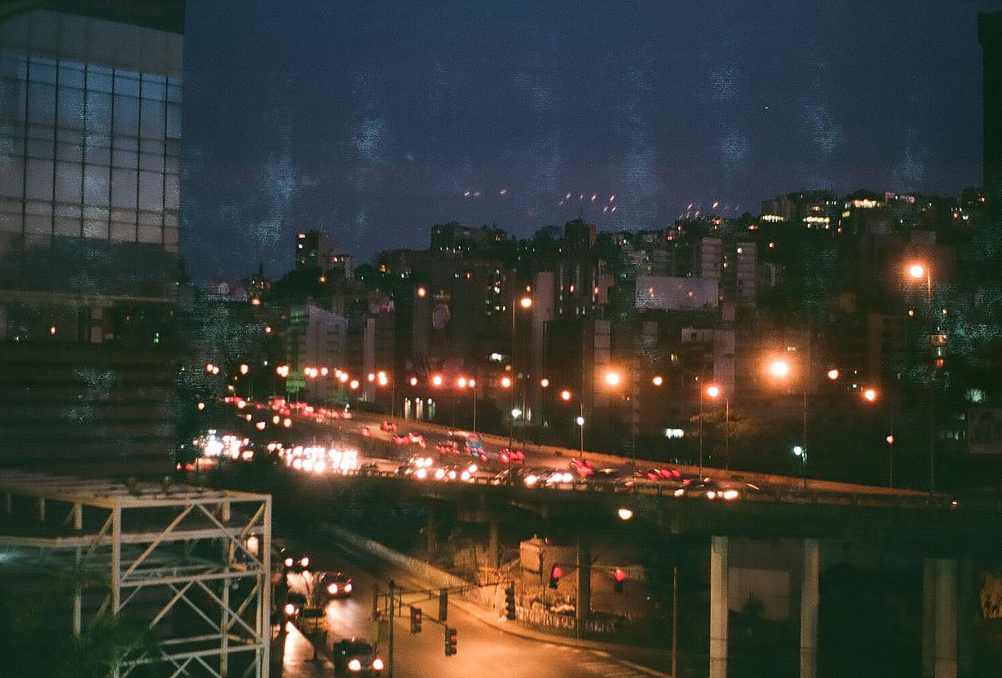 In a country where cash has lost much of its value, and food and other necessities are dangerously scarce, bitcoins are providing many Venezuelans with a lifeline. The same socialist economics that caused the country’s meltdown has made the energy-intensive process of bitcoin mining wildly profitable — but also dangerous.

Did you know that electricity is free in Venezuela? That makes mining bitcoin pretty cheap. On the other hand, power is only intermittently available. Venezuela’s government is incompetent, except that the word “incompetent” is much too kind.

Naturally that same government, which tanked the national currency and wrecked the economy, wants to shut down the bitcoin miners. They also have to contend with kidnappings and other extralegal threats.

This is why libertarians are a necessary part of the political ecosystem, however horrified I would be by a full-on libertarian regime. (Is “libertarian regime” an oxymoron?) We need them to supply tools of resistance. Like, y’know, bitcoin. God bless ancap programmers!

Very loosely related: I recommend this 2014 profile of LiveLeak and interview with the public face of the website.

A Private Air Force Would Require More Than Two Planes 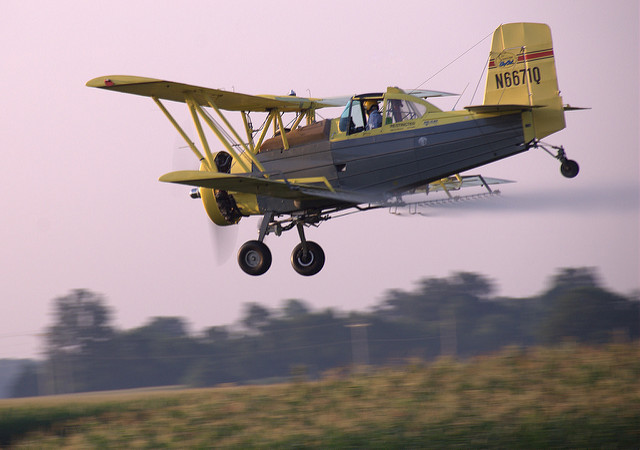 A plane like this, but retrofitted to launch missiles. Photo by Jon Schladen.

This afternoon I read The Intercept’s blockbuster report on “Erik Prince’s Treacherous Drive to Build a Private Air Force”, which is about military outsourcing. It’s a very long piece, so stuffed with facts that the excitement is sucked out of a pretty provocative story. Dryness aside, Jeremy Scahill and Matthew Cole’s reporting is excellent, so I look forward to watching the eventual movie about this debacle. Hopefully a Hollywood budget will revivify the somewhat insane plot. War Is Boring provides a useful summary:

“The story reads like a spy novel. It describes how Prince allegedly hid behind a network of shell companies, concealing the real nature of the airplane modifications from the board of the very company that paid for them, Frontier Services Group, of which Prince is the founder and chairman. […] But even more baffling than Prince’s criminality is his obsession with the concept of a mercenary air force — and its utility and profitability in counterinsurgency operations, especially in African countries.”

I’m going to climb onto one of my usual hobbyhorses and point out that Erik Prince’s fantasy is essentially libertarian. He and his partners expended a lot of effort to dodge Austria’s arms export regulations as well as similar laws in the United States. Weirdly, national governments don’t want you to weaponize crop dusters and drop-ship them to whatever African civil war is handy! A telling excerpt from The Intercept’s article:

“In early 2014, Prince and Citic Group, China’s largest state-owned investment firm, founded Frontier Services Group, a publicly traded logistics and aviation company based in Hong Kong. […] Over the past two years, Prince has given interviews and speeches describing his vision of FSG. ‘This is not a patriotic endeavor of ours,’ Prince said of his new company. ‘We’re here to build a great business and make some money doing it.’ China, he said, ‘has the appetite to take frontier risk, that expeditionary risk of going to those less-certain, less-normal markets and figuring out how to make it happen.’ But while he burnished his new image as chairman of a public company, he was secretly overseeing the clandestine attack aircraft program.” (Bold added.)

The amount of money, time, and falsehoods that Prince devoted to this endeavor is astounding. It also surprises me that someone so corrupt and willing to break the rules — and with so many resources at his disposal — could be so incompetent. He didn’t ever manage to sell the planes! If you want a shorter write-up of this debacle, War Is Boring published it. 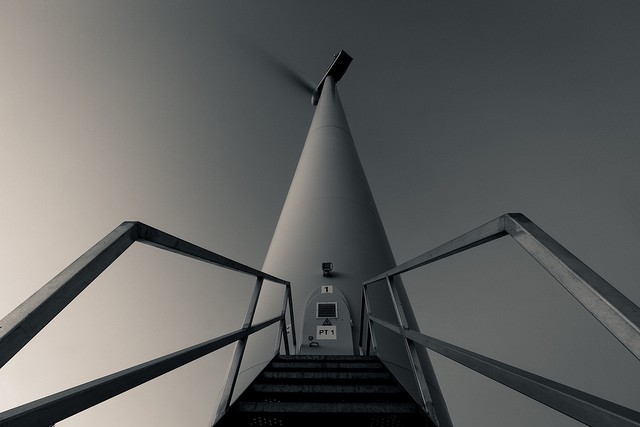