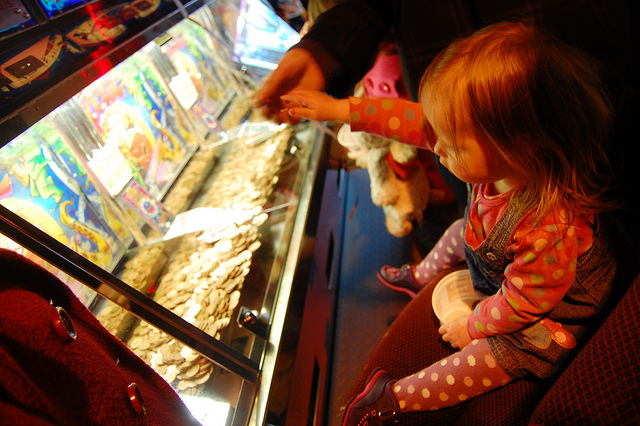 In a Hacker News thread about gambling, I came across this comment by user noname123:

Also like how gambling addicts get into a “zombie flow-state” when they’re one with the machine, I feel the same way scrolling through pages after pages of Hacker News/Reddit/NYTimes/ESPN/YouTube popular channels. The thrill is gone, but the mechanics of pulling the slots pulley is embedded in my brain, watching one more YouTube video of a political pundit railing about the election, one more reaction video about a Internet meme, sometimes even re-watching video’s like re-watching music lyrics video to relive the laughter, that feeling — and only in the middle of the video wondering how I got there, like sometimes driving to a destination other than your work office but your brain goes on autopilot and takes the other turn to your office; and you don’t realize it until you’re there.

Also like how casino’s are a very anonymous and comforting place to addicts, I feel very safe and comfortable in hanging out with like-minded individuals on online forums whom I only know a vague outline of, but whose weariness and anonymity like mine are just as addicted and plugged into the zombie human-machine interface; I feel intuned and comfortable with. Like the anti-social meme’s (“Ez game, Ez lyfe”) on online games, alt-right memes on some Subreddits (Pepe memes, Trump is a racist) and IT memes on HN (for Elon Musk’s new Tesla model, against Holmes’ Theranos, for Peter Thiel’s Fellowship, against Peter Thiel’s endorsements, employees vs. funders), I commiserate with the anger and rage; and the identification of these online communities, just to feel like I am a part of something and also to direct my emotions to have some kind of drama & risk in my otherwise sterile electronic life; sometimes I feel I feel simultaneous the negative emotions and positive identifications on both sides of the argument.

I guess at least my addiction isn’t too bad given I’m only losing on my account balance of time and attention although that feeling of coming out of a six hours bender on the net trying to find the perfect co-working space in my city, debating through all the Yelp/CityData threads for the pro’s and con’s, feels eerily like coming out a casino sliding doors to bright sunlight at 8AM after a 18hr binge at the blackjack table; somehow in the back of your mind, you already accepted that you’ll be economically bankrupt in exchange for a chase for an emotional high — almost a spiritual transcendence, but somehow you wound up just feeling morally bankrupt.

I want to pull out one line in particular: “[I do it] just to feel like I am a part of something and also to direct my emotions to have some kind of drama & risk in my otherwise sterile electronic life”.

I recognize myself in that line, since I closely follow any conflict in the subcultures I pay attention to. Drama is intoxicating. I hate being part of social conflicts, but I’m a dedicated voyeur.

In a way I relate to all of noname123’s experience, since I spend a substantial portion of every day online. I work online. I have online hobbies. I compulsively check Twitter. Sometimes I open a new tab and start typing the address of the website that I just closed in the URL bar.

But it doesn’t bother me as much as it bothers this person. I wonder why that is. Because I have a partner? Because I don’t spend literally all of my waking hours at the computer? Because I have pets? Or is it just some kind of genetic temperament thing?

Certainly people with partners and pets are susceptible to addiction, so that’s probably not the significant variable. Besides, maybe noname123 is happily married with eight children. (I doubt that, but it’s possible.)

Personally, I do worry about my productivity. But I’m not sure how much more productive I’d be if my work were spatially separated from my play. Creative thinking requires a lot of rebound time, if you know what I mean, or at least it does for me. Ideas require time and stimulation to bubble up to the surface.

I know a lot of you work online too, in one capacity or another. Is this a problem for you? How do you deal with?

The following short story was written by ReTech and edited for this venue. 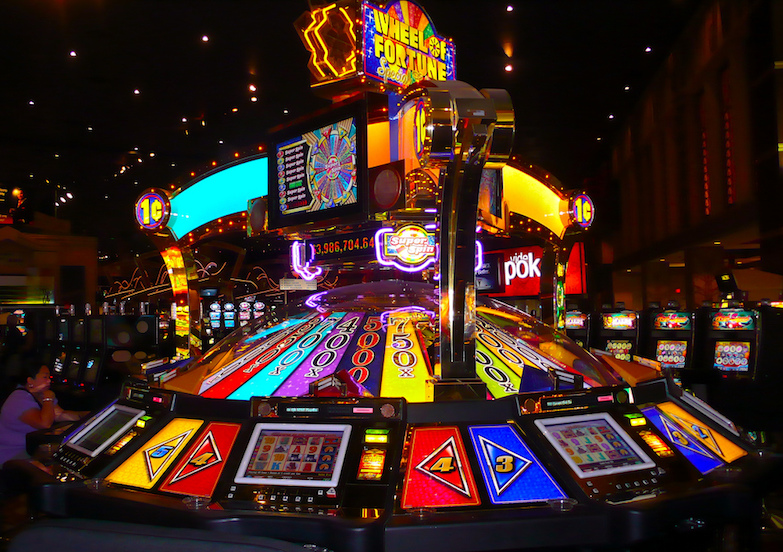 Swen saw the glow from his forearm underneath his shirt. He’d muted his phone, so now someone was pinging him. It was almost an even bet: either his boss or Sully. After a long week it felt nice to be offline, even if it was only for a few ticks.

“Should’ve muted ’em both,” Swen thought as he slid his sleeve up. The loop was swinging underneath the south pass of the Rockies so the cabin dimmed for a moment as the lighting adjusted. His dermdisplay lit up his face as he read: WTF? Need to talk ASAP. You don’t just get recoded and go offline like that. Lemme know where you are. Ping back dammit. (-.-) Sul

Sully might be genuinely worried or he might think that he’d be on the hook. After all, Sully was the one who took him to the clinic, so maybe he was feeling nervous. Swen thought, “I’ll let him sweat till I get to the strip. It’s only twenty more minutes.” He smiled and muted his arm in the same motion as slipping his sleeve back down. The flesh no longer glowed.

Fourteen days ago Swen’s hours had been increased at work. He was given no say in the matter. He was on mandatory rotations for the next three years. Swen had gotten shafted with the most depressing job he could imagine: death-sitter. More accurately, or more officially, “Hospice End-of-Life Observer”. People were too busy to give a shit about a dying family member and headchats just weren’t the same as holding a hand.

Thirteen days ago Swen held the hand of a 147-year-old woman who did not receive one call, one text, a single feed mention, nor have anyone claim her things after she died. This was not the sad part to Swen. Millions died like that every year. What made him maudlin was that he’d end up in a bed the same way, in a hundred or so years. The thought of some young forty-year-old sitting with him as he died, just because the kid had to, was repulsive enough.

But the thought of an adventureless life nauseated Swen.

Twelve days ago, he asked Sully if he still had friends that recoded. Swen didn’t try to get Sully drunk first. He didn’t do it over dinner or in some coy fashion, just-so-happening to mention the topic in conversation. Instead Swen walked into Sully’s apartment, smiled, said hello, kissed him lightly, and asked matter-of-factly: “Can you get me in touch with a recoder? I’m tired of being on basic and I want to make enough money so I’m not stuck anymore.”

Sully paused mid-breath for a moment. A slice of black hair slid down over his left eye. He didn’t bother to push it back. He didn’t even bother to breath until his brain reminded him to. Then, slowly, he sputtered: “Is this legal money or illegal?”

Swen’s smile broadened. “It’s legal if you win it.”