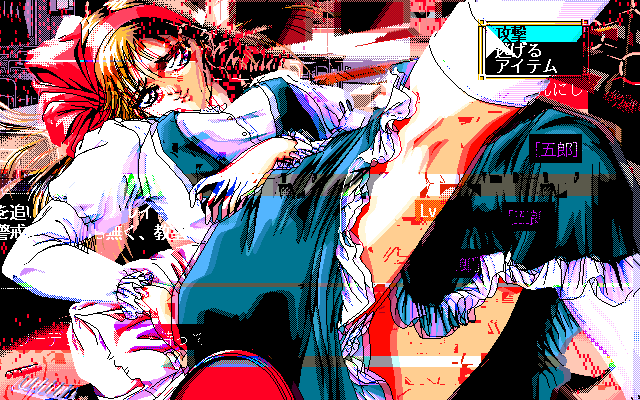 I interviewed @DataErase, AKA Maddison, for this week’s dispatch. You can also find her on Tumblr and her website. Full disclosure: I commissioned an artwork from Maddison before undertaking this interview — that’s not really a conflict of interest but you might want to know anyway. The text below has been lightly edited for readability.

Exolymph: What got you into glitch art?

@DataErase: I had a NES as a kid, around the same time that everyone else had N64s and stuff, so the games weren’t really in great condition. We had a copy of Super Mario 2 that eventually stopped showing the graphics correctly. I’d say that was a pretty early memory of me having an attachment to “glitch” as this sorta spooky aesthetic. Like computer ghosts trying to talk to you or something.

When I started making these images, back in 2012, out of screencaps from old PC-98 eroges, I started using that term to describe what I was doing.

Exolymph: Some of your source material is erotica that was made within the particular constraints of the time and the technology. if it’s not too personal, can you talk about the theme of sexuality in your own work? 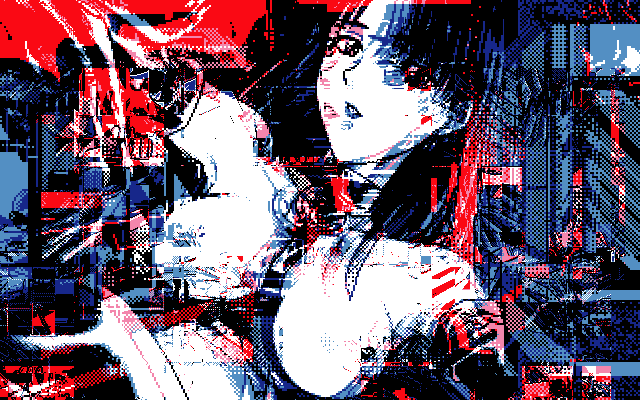 Exolymph: In many of your pieces there’s a sort of visual cacophony — lots of colors, lots of detail. Is that an aesthetic you consciously set out for, or did it evolve over time?

@DataErase: It was something that was always there, but I think over the years it definitely accelerated and got more intense. Personally, I really like over-detailed stuff! And very complex patterns! Those are things that I get excited about in art.

Exolymph: What drew you to making art with computer tools as opposed to a more traditional form?

@DataErase: I’m not very good at things involving the real world, I guess you could say. My drawings are very, very bad, hehehe. But I still get a kind of catharsis out of doodling. I’ve spent a long time having a relationship with computers and the internet, so using them to do most things feels more natural to me. 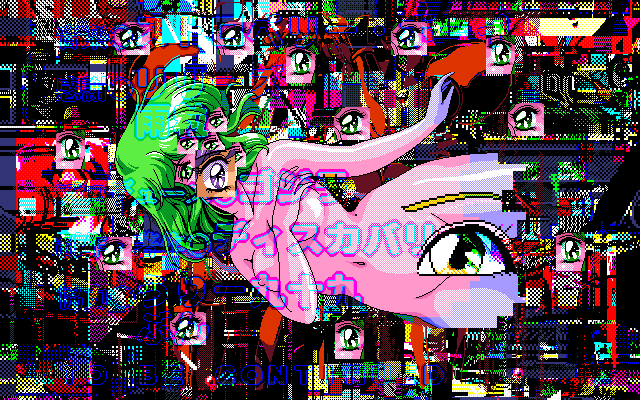 Exolymph: Do you remember when you first started using computers? Was it for games, or something else?

@DataErase: Probably like elementary school? It wasn’t until I was eleven or so that I started fooling around on one of my dad’s old Mac desktops that he stopped using. It ran, like, OS 8. I played with a lot of retro game console emulators on it. I think the first games I played were the fan translations of Final Fantasy 5 and The Secret of Mana 2…

Exolymph: What do you struggle with when you make art? Are there parts of it that are difficult, or does the flow come easily?

@DataErase: Lately it’s been really hard to initiate the whole art-making process. Entering the mental space that I make art in. It’s a different mode of operating altogether! I don’t really think when I make my glitch collages, it just sorta happens?

So endeth the lesson. Maddison also has a Patreon that you can support!