This website was archived on July 20, 2019. It is frozen in time on that date.
Exolymph creator Sonya Mann's active website is Sonya, Supposedly.
June 4, 2016

This is a huge list of every cyberpunk anime that I could find recommended on the web. I compiled all the suggestions from blog posts, forum discussions, and so on. The list includes the usual suspects — Bubblegum Crisis, Ergo Proxy, Psycho-Pass — but also a lot of fringe titles that you won’t find on top-ten lists.

I did eliminate some suggestions because they weren’t quite anime enough (A Scanner Darkly) or diverged from the genre too much (mecha series like Armored Trooper VOTOMS) but you are free to contest my decisions in the comments or via email. There is a list of omissions at the end. Without any further ado…

END_OF_DOCUMENT_TOKEN_TO_BE_REPLACED

The .hack series sprawls confusingly through at least three forms of media, including video games and manga books. Here I just included the anime, which was more than enough. 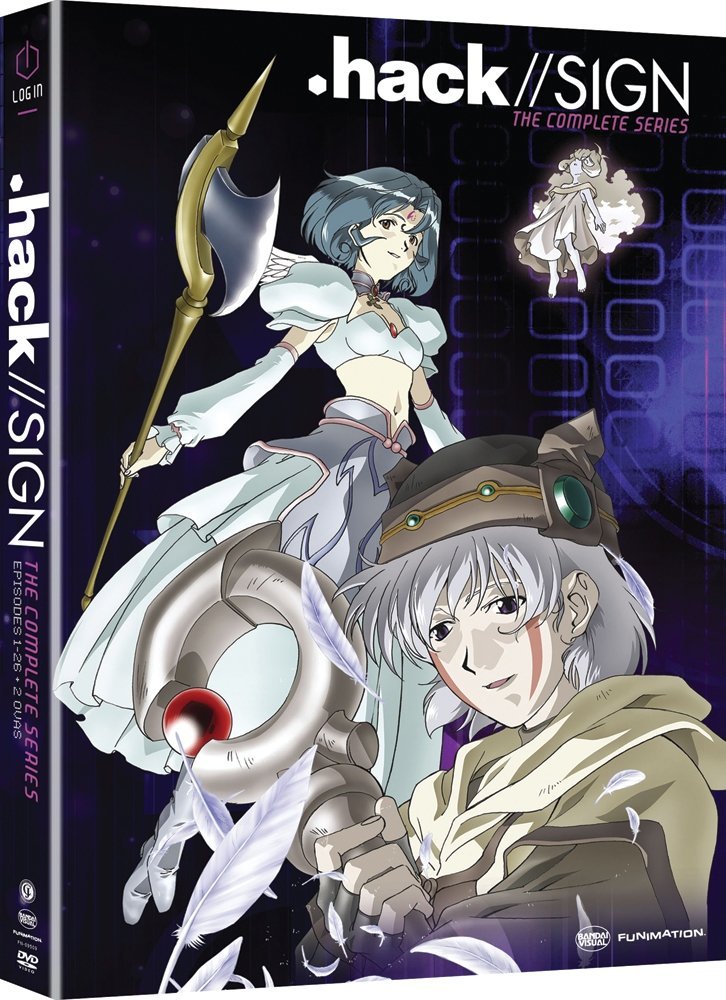 “Tsukasa wakes up inside The World, a massive online role-playing game full of magic and monsters, and finds himself unable to log out. With no knowledge of what’s happening in the real world, Tsukasa must discover how he ended up stuck in the game, and what connection he has with the fabled Key of the Twilight — an item that’s rumored to grant ultimate control over the digital realm.” — Funimation

.hack//Legend of the Twilight 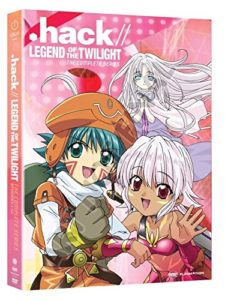 “Rena wins a limited edition character model contest for The World and invites her twin brother Shugo to play the legendary character Kite while she plays as the legendary BlackRose. On their first outing together, Shugo is killed by a monster, but is revived by a mysterious girl named Aura. As well as reviving Shugo, Aura gives him a mysterious bracelet. Shugo and Rena continue to play ‘The World’ and find many warped monsters.” — Wikipedia 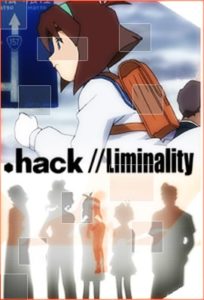 “.hack//Liminality is an OVA series directly related to the .hack video game series for the PlayStation 2, with the perspective of Liminality focused on the real world as opposed to the games’ MMORPG The World.” — Wikipedia

Couldn’t find much else about this one, but the Wikipedia page and the .hack Wiki page have varying amounts of information about the plot and how this title fits into the overall .hack universe.

“In the newest version of the massive online RPG know as ‘The World,’ Haseo and his guild mates search for a legendary item called the Key of the Twilight—but they’re not the only ones looking for it. When a rival guild faces off against Haseo and his teammates, the conflict has deep repercussions both inside and outside the game, and threatens to leave the players forever changed.” — Funimation 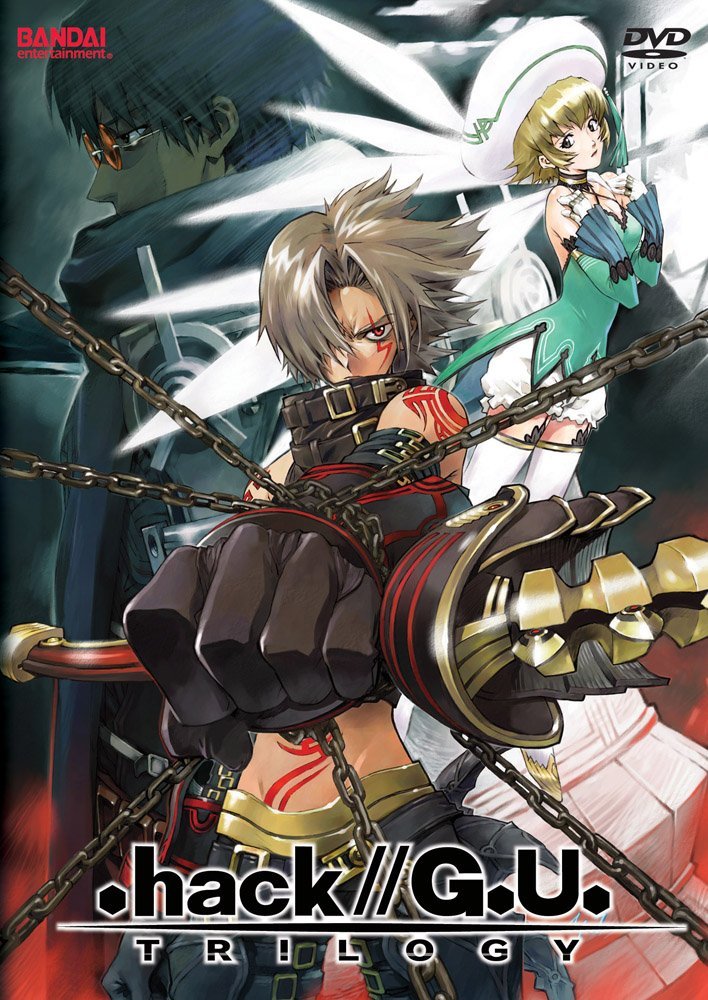 “After one of his friends falls into a coma playing an online game called The World, Haseo logs in to find the man responsible. But before he can unravel The World’s many mysteries, he’ll have to awaken the secret power hidden in the code of his character.” — Amazon

The next part is .hack//G.U. Returner; there is more information on MyAnimeList and the .hack Wiki. 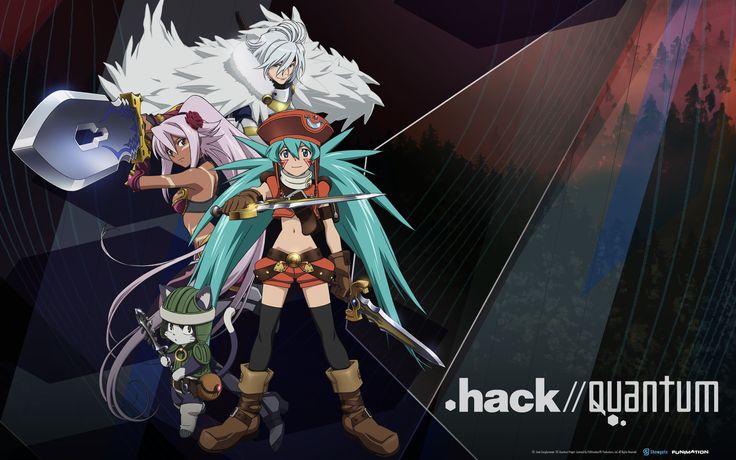 “Tobias, Mary, and Sakuya are into the The World. Together, they grind toward the break of day and run dungeons in search of the artifacts of adventure. But when the trio becomes lost in this virtual labyrinth, their lives will change forever.” — Amazon 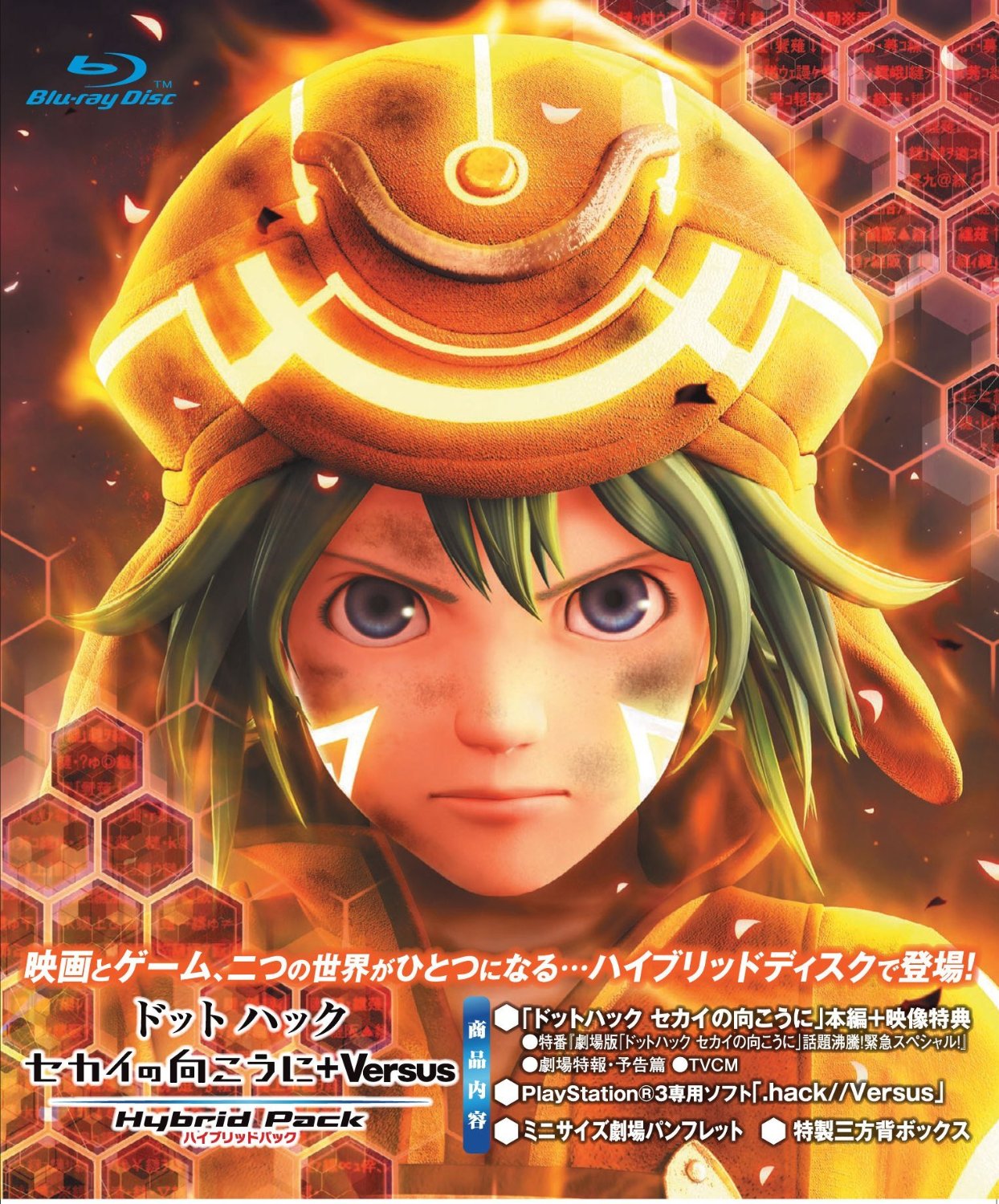 “In 2024, the computer network prevails throughout daily life. Sora Yuuki is a 14-year-old girl. One day, she is invited to an online game ‘The World’. After an accident in the game, the real world begins to deform.” — MyAnimeList

“But not all is well in The World: a malicious virus has been spreading around the net and will soon cause a new network crisis. Aura, the omnipotent goddess of The World has devised a plan to stop the virus, and although Sora might not know it yet that plan requires her cooperation.” — .hack Wiki