This website was archived on July 20, 2019. It is frozen in time on that date.
Exolymph creator Sonya Mann's active website is Sonya, Supposedly.
December 19, 2016

I bailed on y’all yesterday, so here’s an irregular #aesthetic picdump. Shouts to Glitchet for managing to do this every issue. 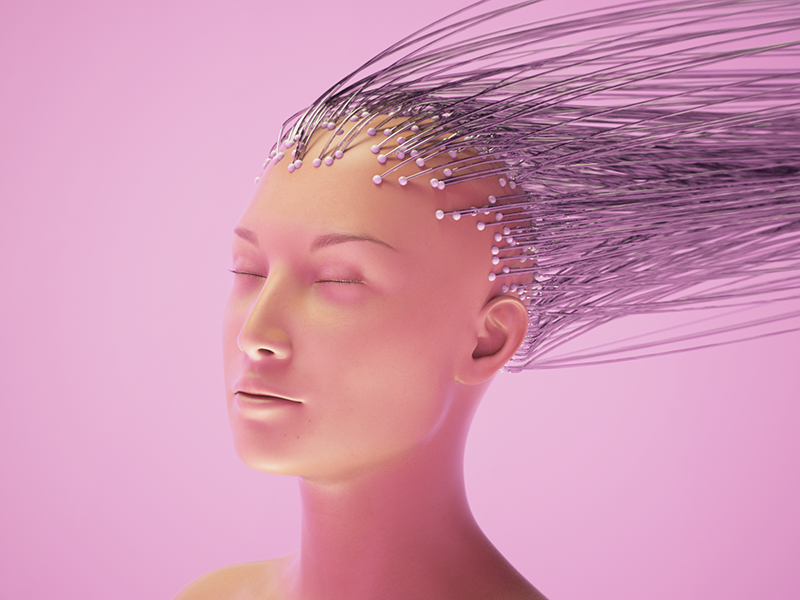 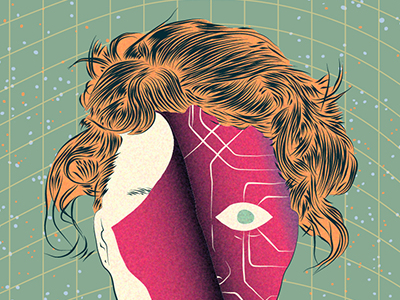 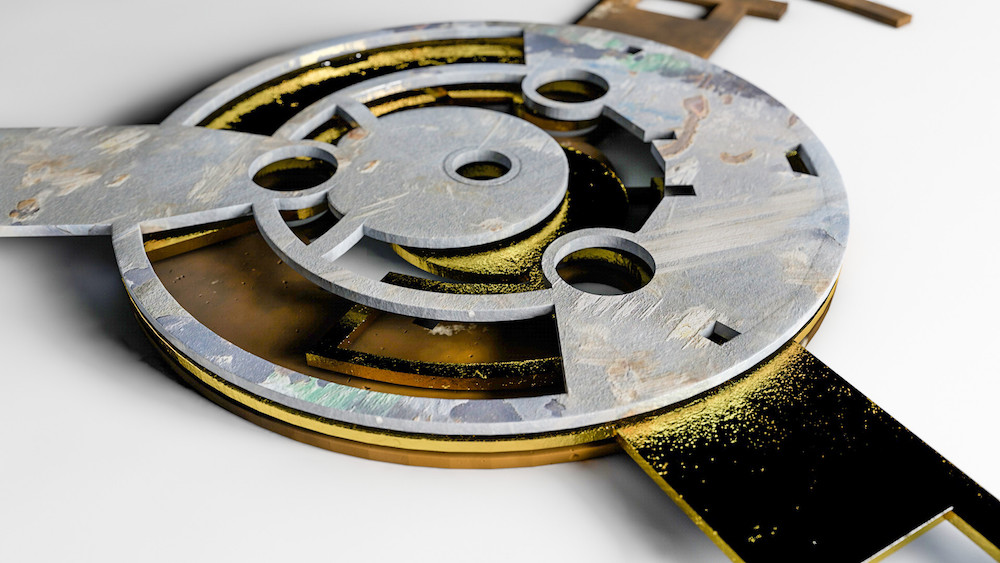 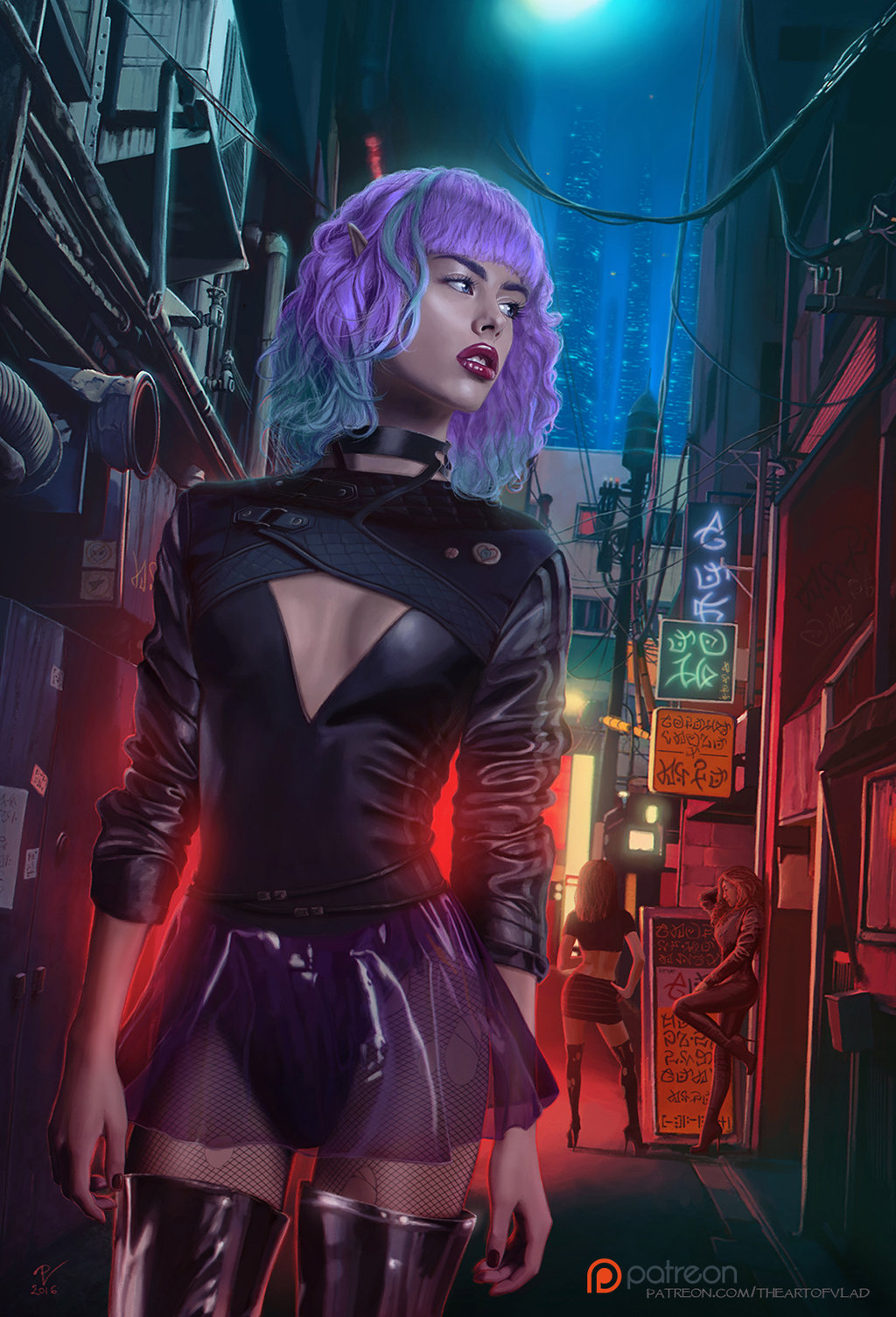 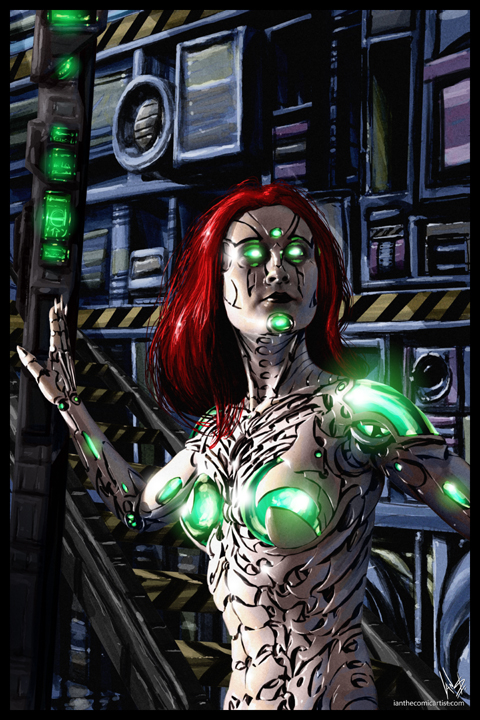 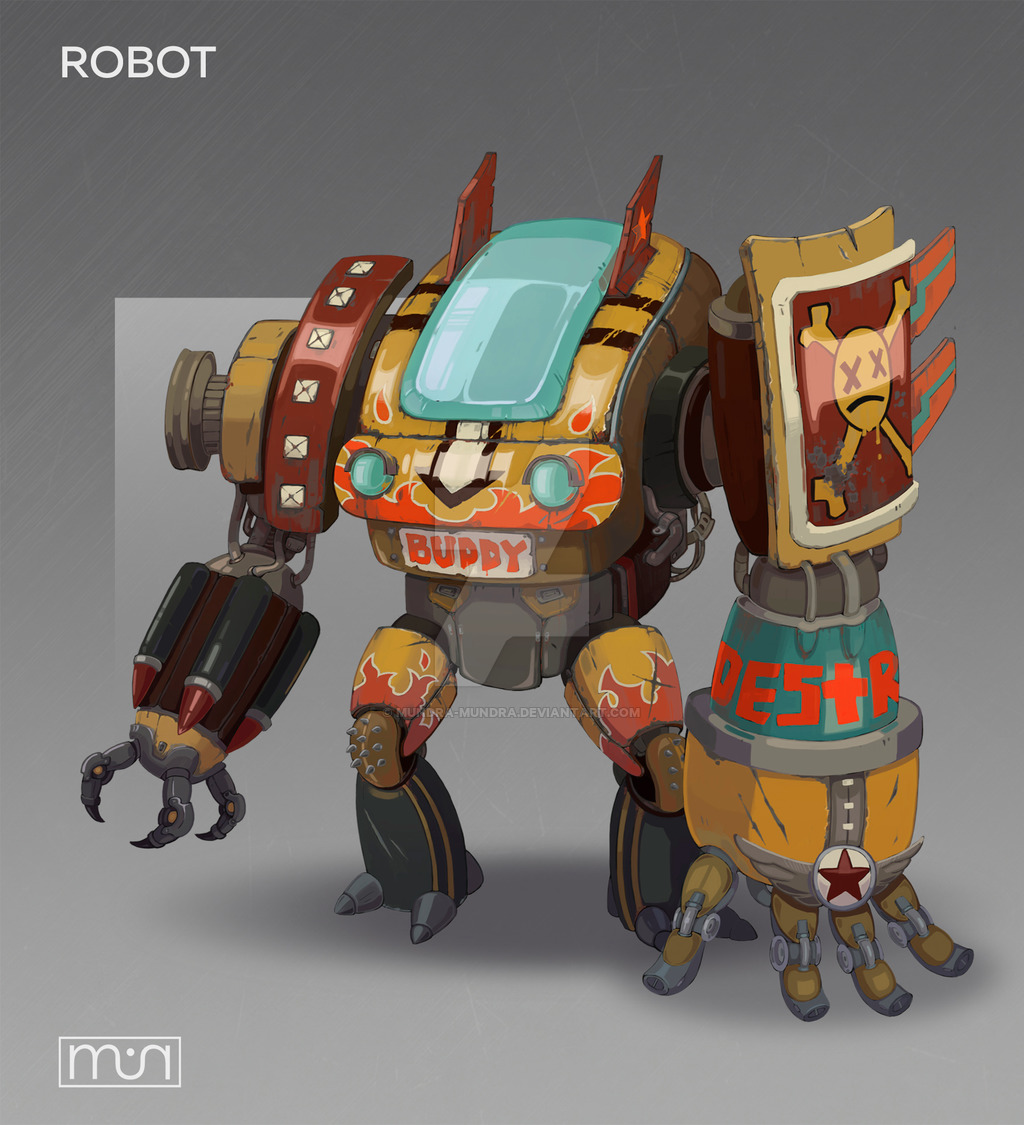 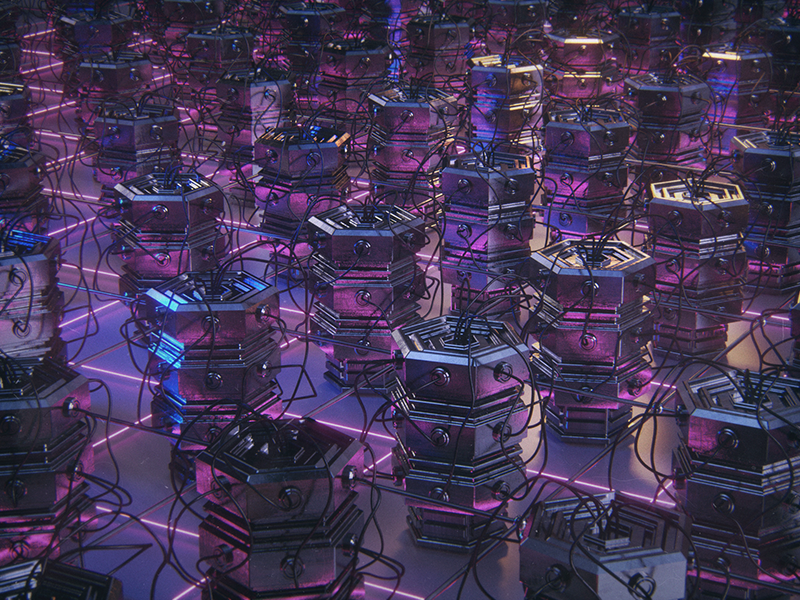 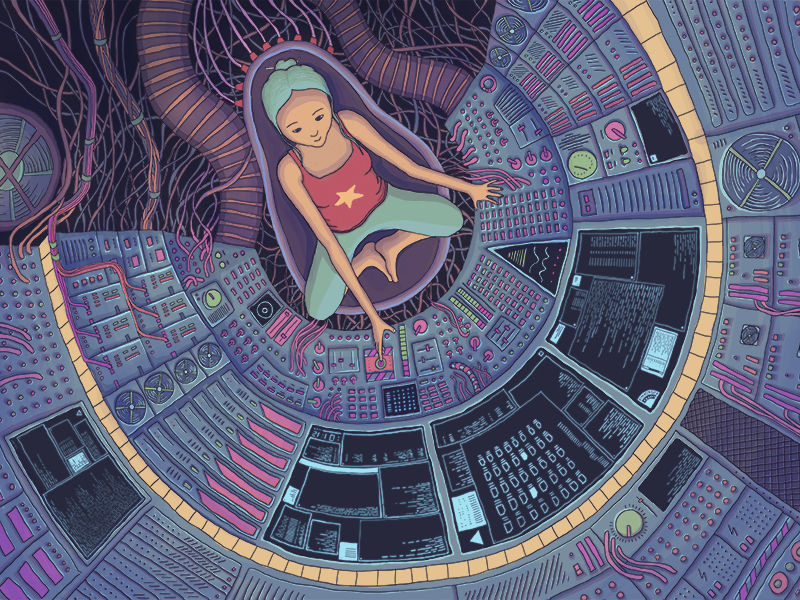 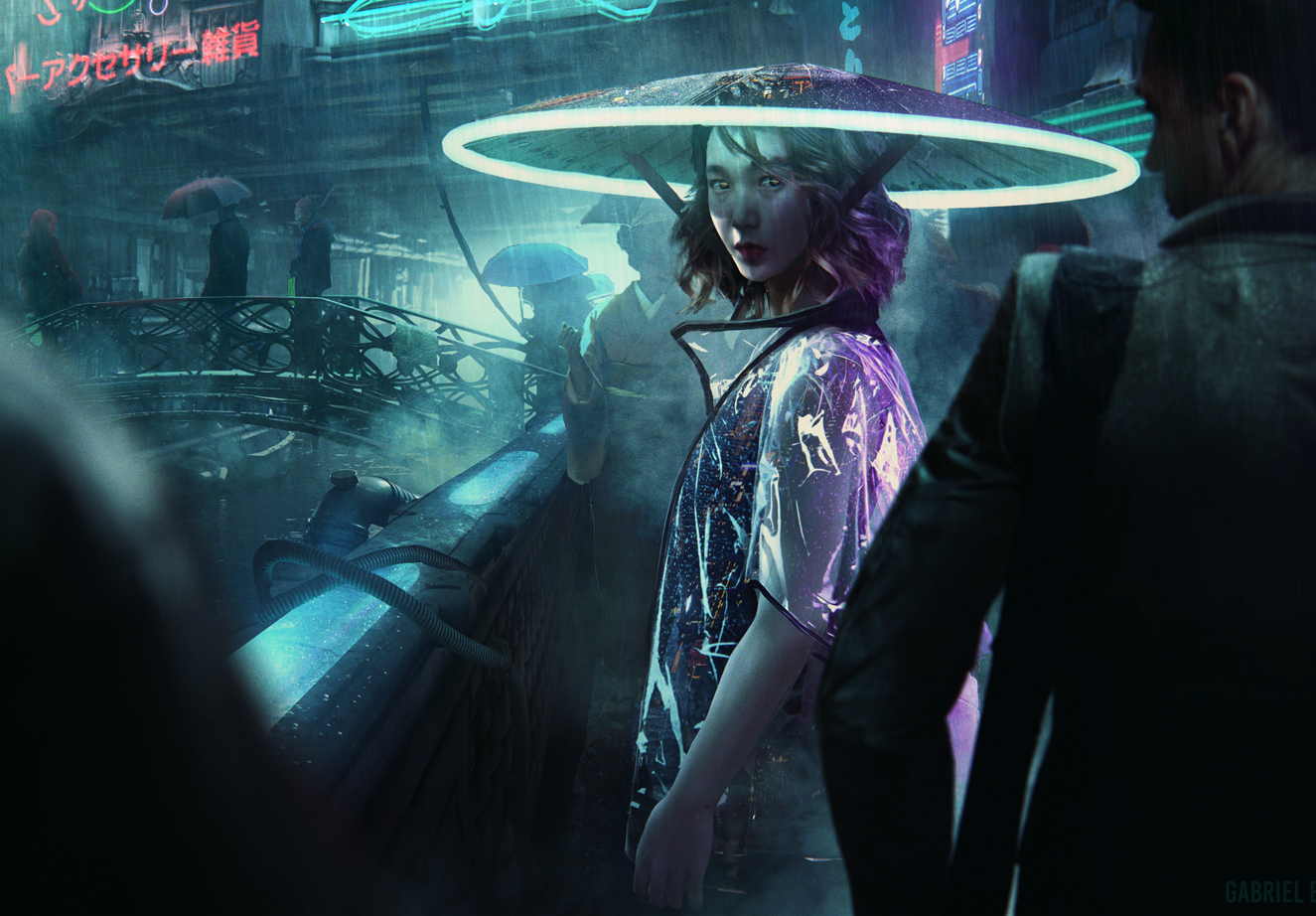 Election? What election? Ugh. I wrote down all my feelings and posted them on my personal website, so if you’re interested you can go read that. But this is not a politics newsletter, even though governmental shenanigans often end up being cyberpunk. For now, let’s change the subject. I mean, seriously, who isn’t ready to talk about ANYTHING else?

Toby Shorin shared a set of “cyber mysticism” resources, through which I found STONEDALONE: “a collection of wearable 3d printed crystals imbued with cyber mystical properties”. 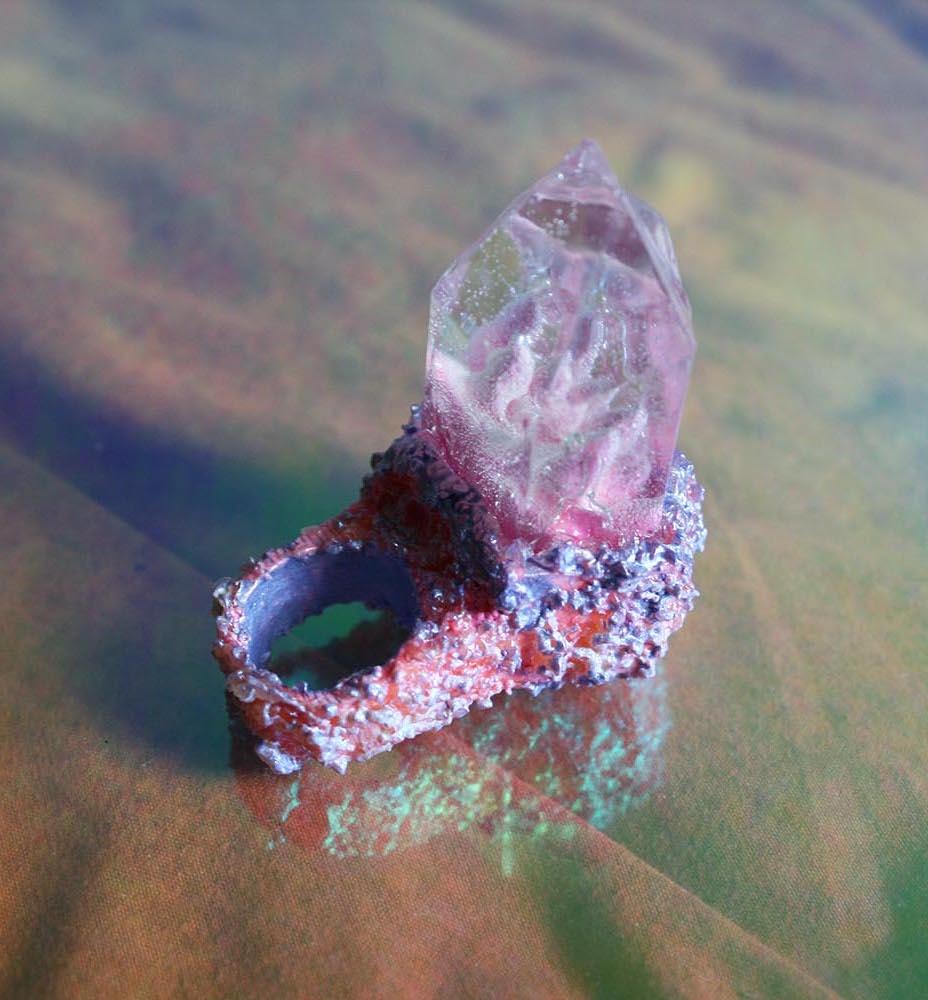 Photo from the STONEDALONE shop. 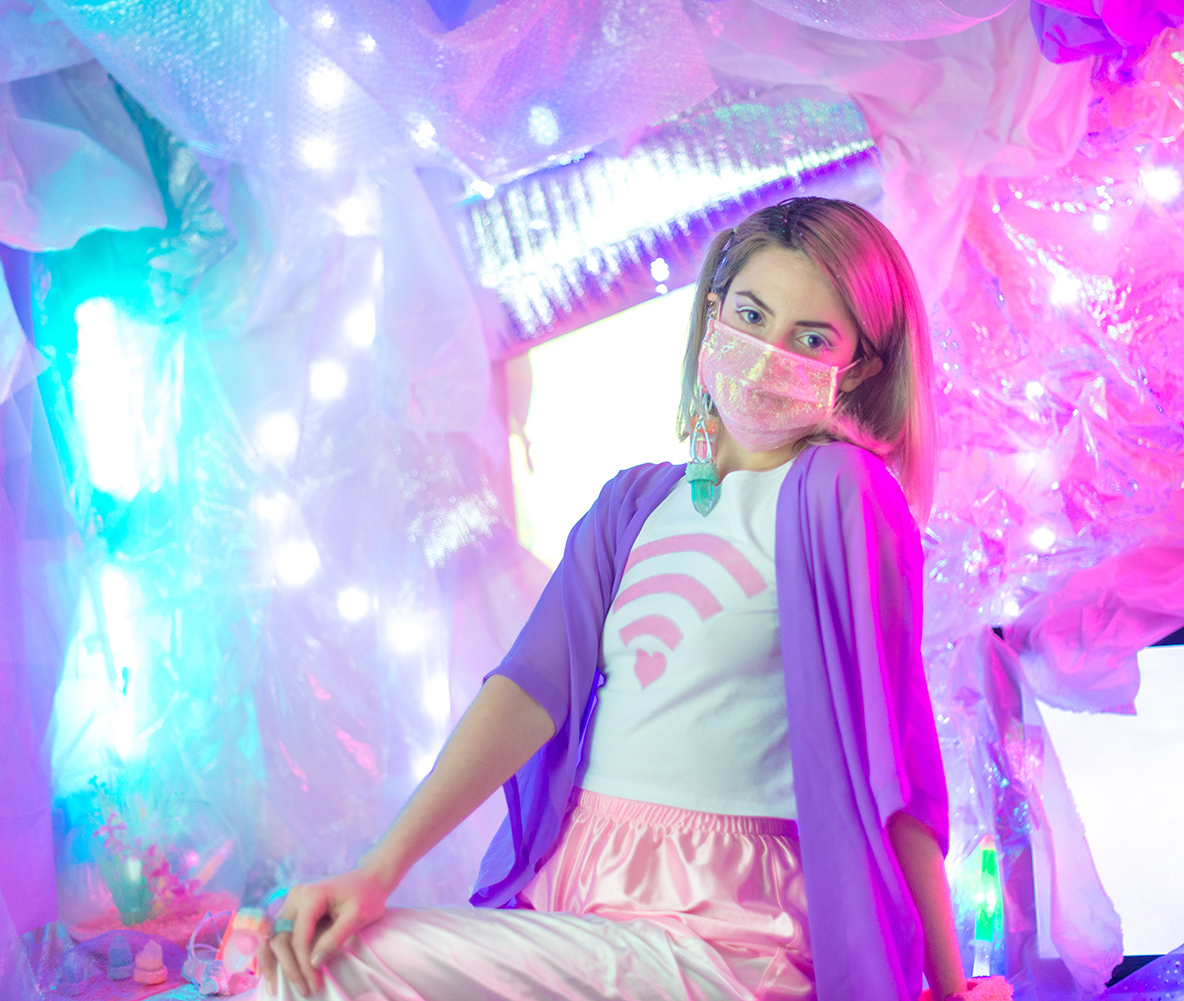 Photo from the STONEDALONE lookbook.

The only thing that’s explicitly ~cyber~ about the actual products is that they’re 3D-printed. Beyond that it’s all fuzzy aesthetic stuff. Which is not a criticism! It’s just an interesting facet (pun intended) of the project.

I can’t quite tell if STONEDALONE is tongue-in-cheek. It looks like vaporwave or pastel goth jewelry with a nifty marketing hook. For example, “the blue crystal simulates a sense of shavasana after a harrowing reddit session” — how is that anything but sly self-parody?

On the other hand, there are bizarre cyber witches out there who are 100% sincere. So you never know.

Both the look and the ethos of STONEDALONE heavily remind me of cybertwee, a digital femme collective that most notably sold cookies on the deep web. And cybertwee itself is a kawaii reinterpretation of VNS Matrix.

Performative femininity has always flourished on the web, but it seems to have gotten more self-conscious about it. Hmm. 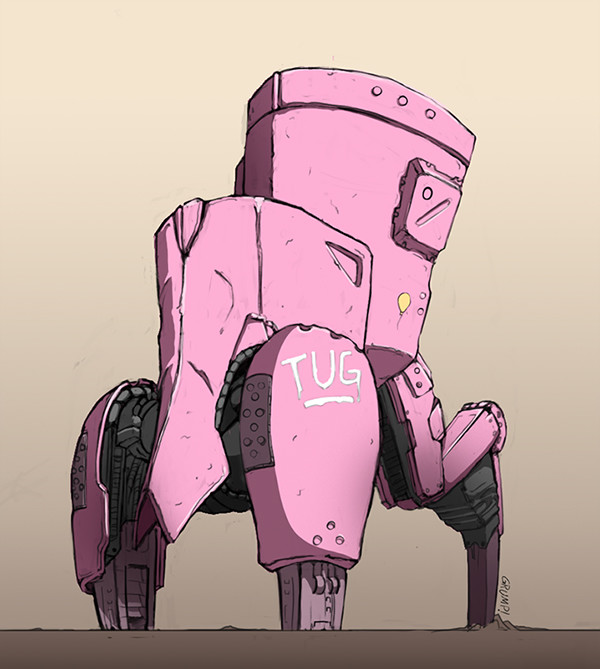 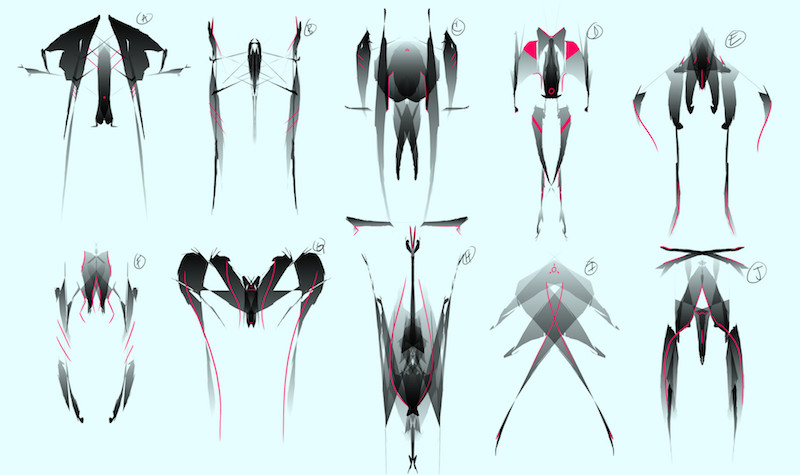 I hope the vehicles of the future do look cooler than sedans and minivans. But of course, by the time we get to the year 2137, the new aesthetic will be just as boring as the current aesthetic.

However, this visual is really the cutting edge: 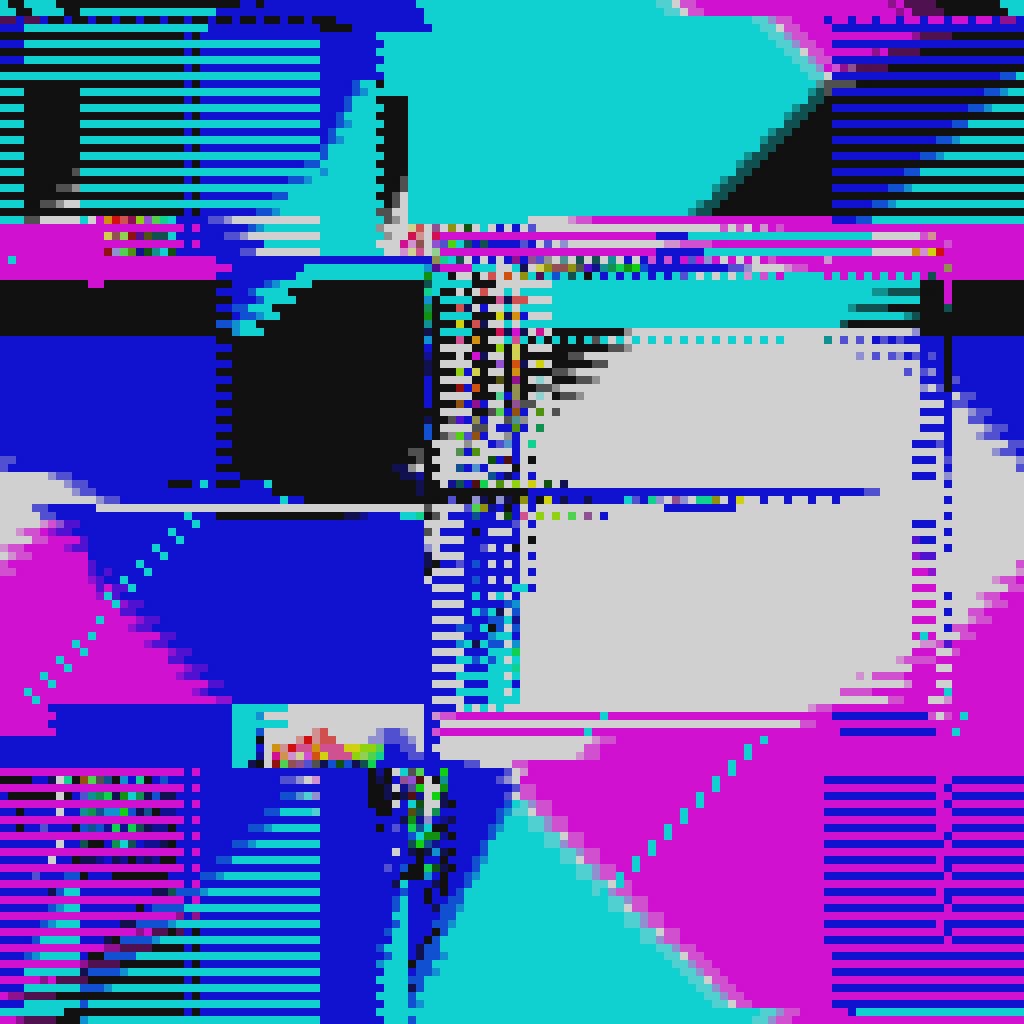 Artwork by @greatartbot, which does consistently produce good art.

That’s it. I’ve run out of opinions tonight. 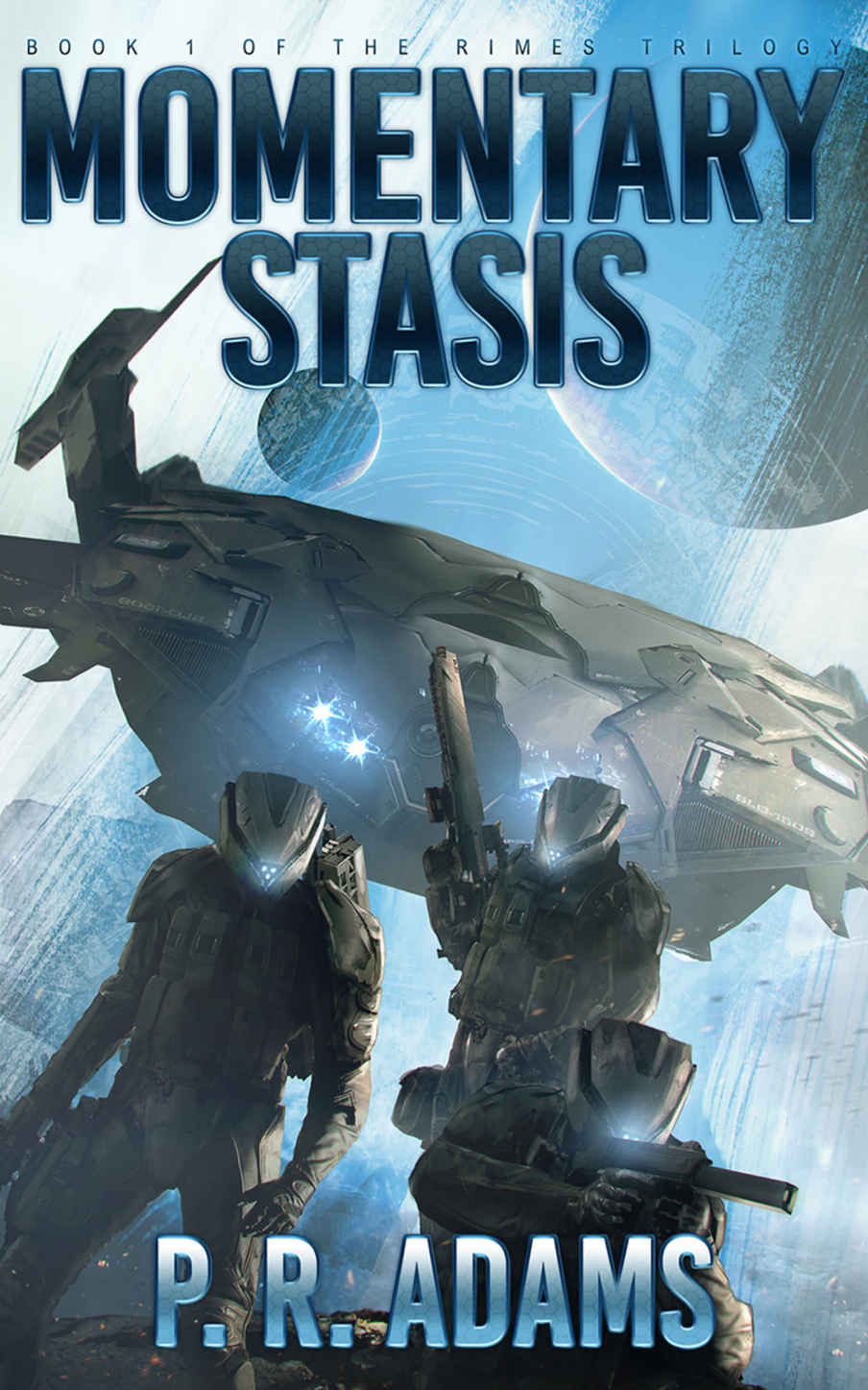 PR Adams asked me to share his dystopian spacepunk novel, Momentary Stasis. I haven’t read it yet so I don’t have any detailed thoughts, but I like this bit of the blurb:

Humans discover alien technology and start colonizing worlds outside the solar system. Genetic modification produces miracles. Science advances the human condition. And, for the first time in history, the nations of the world have achieved real peace with each other.

But only the elite truly benefit from all the advancements. Most people are still trapped on an Earth ruined by chemical pollution, nuclear accidents, and chaotic weather changes. Rebellious “genies” — genetically engineered servants — cause more harm than good. And global corporations have stripped the idea of nations and freedom of any real meaning.

Maybe a little on the cheesy side, but that’s not always a bad thing!

I am profoundly uninspired tonight, so here are a couple of visual representations of potential futures: 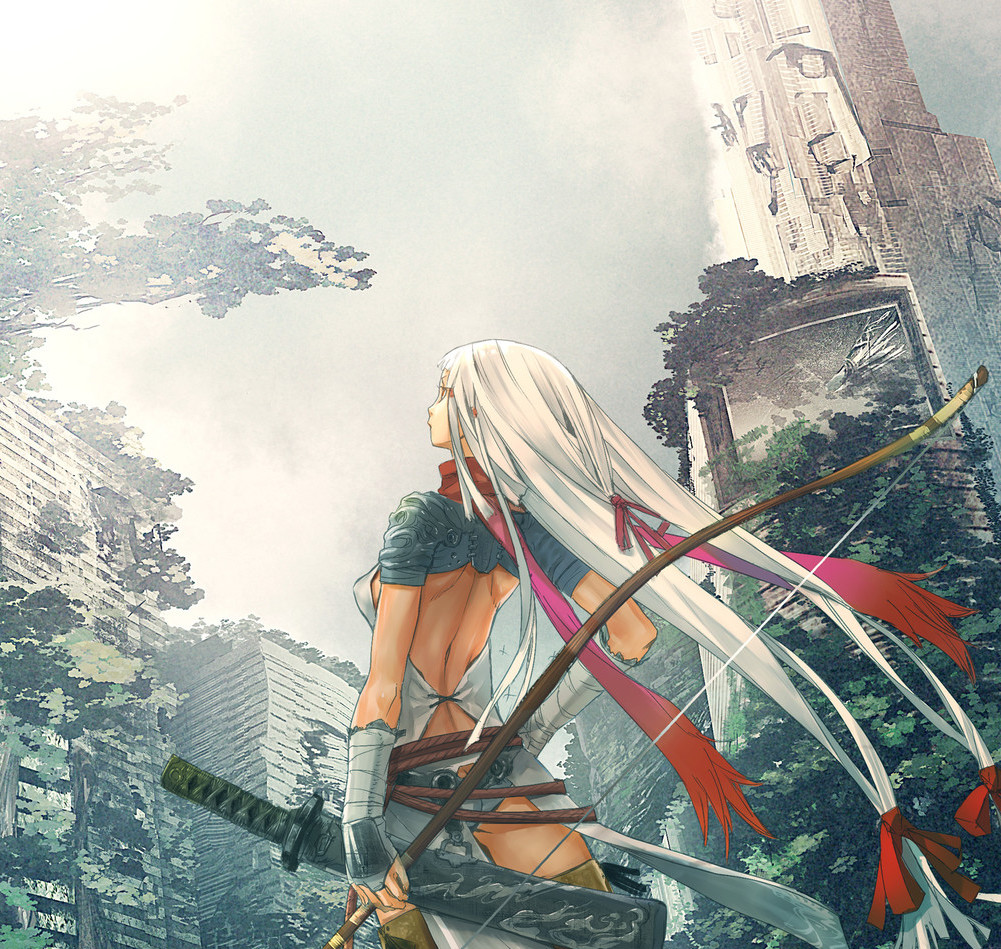 Sorry about her extremely practical and appropriate attire. 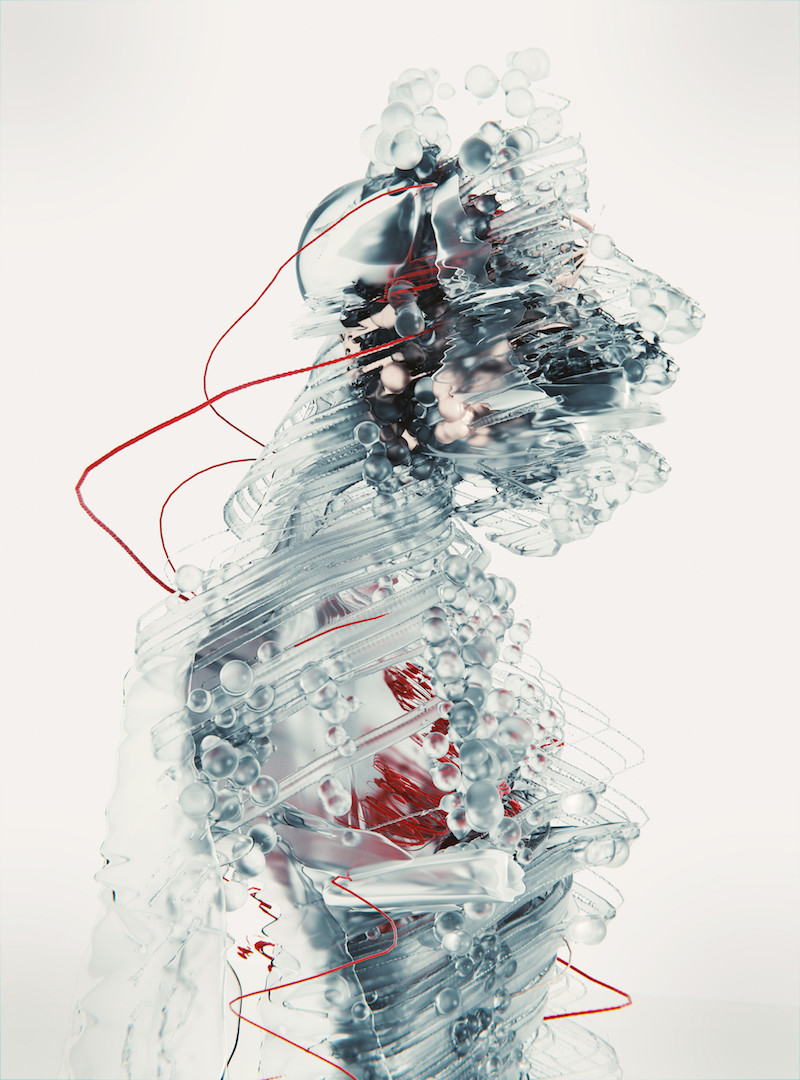 If you want to read something, my friend Yael Grauer wrote about coping with her guilt about a friend’s suicide by reading their old chat logs. 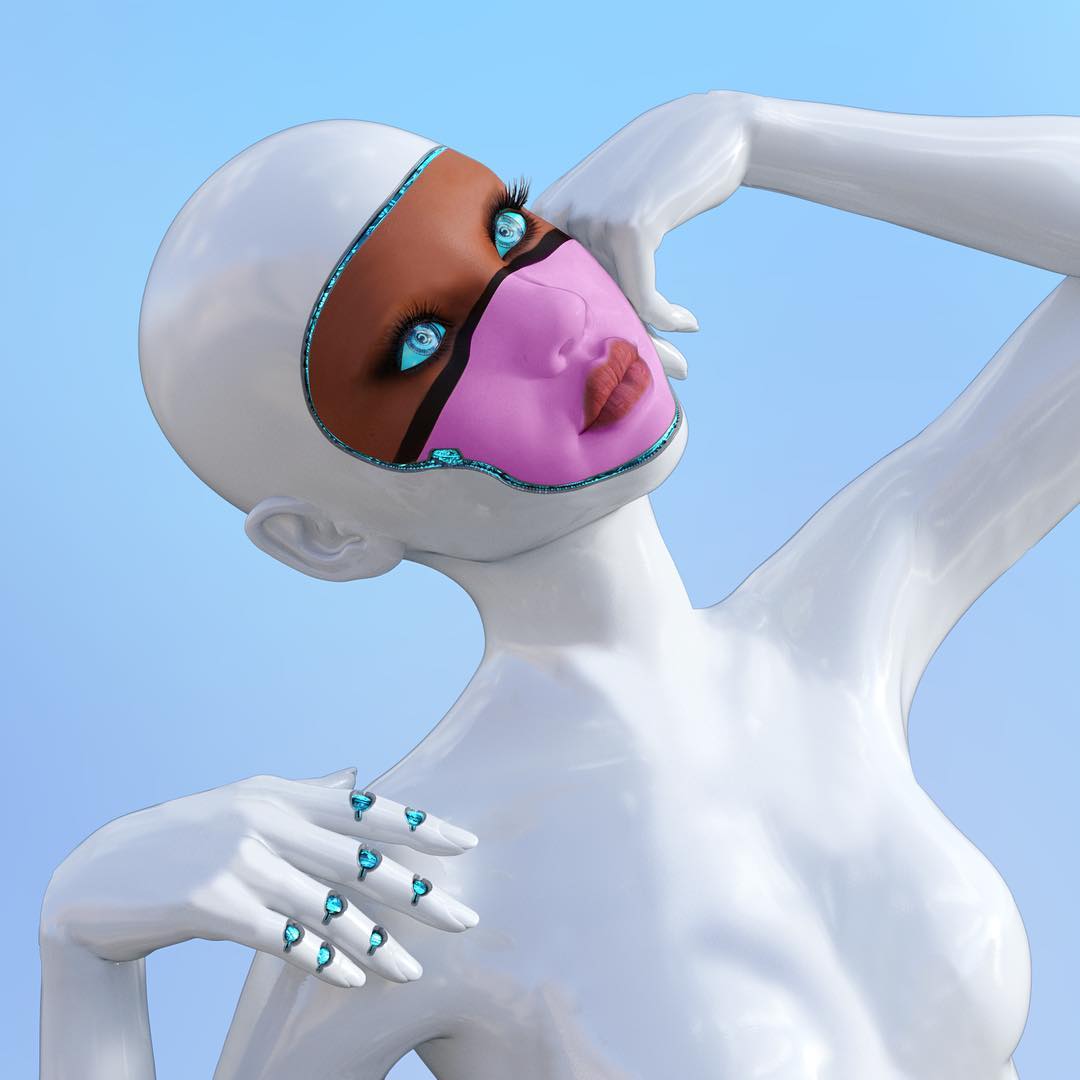 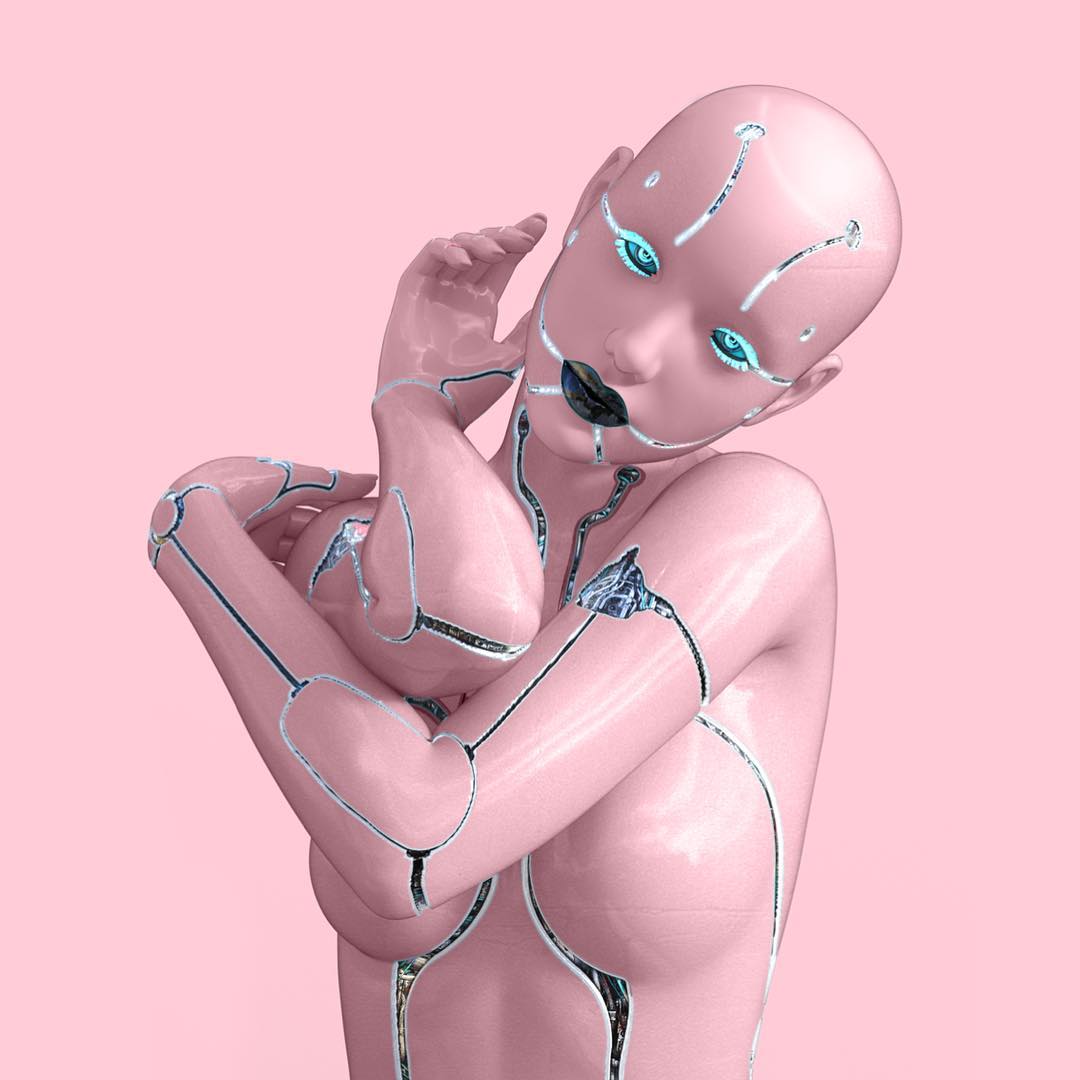 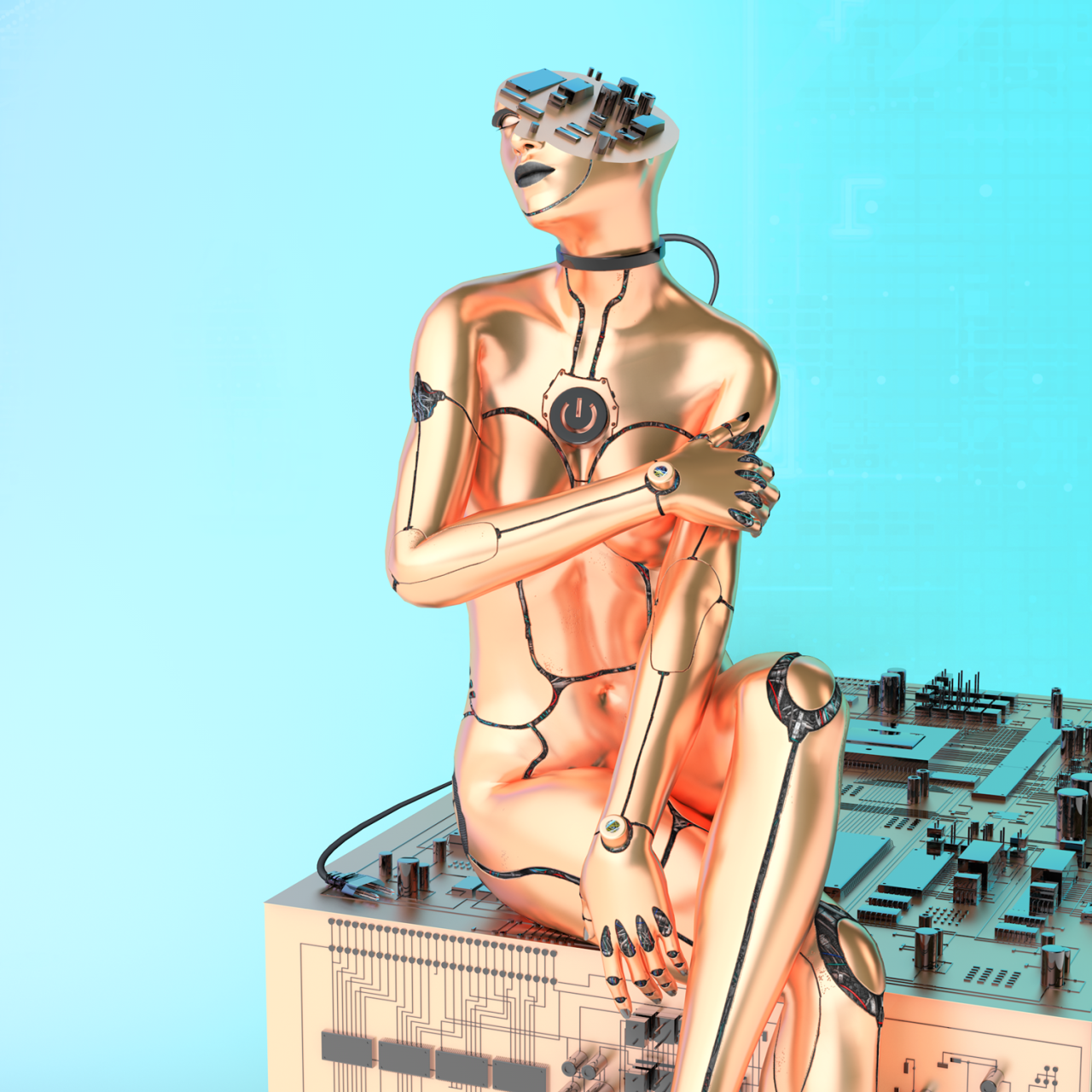 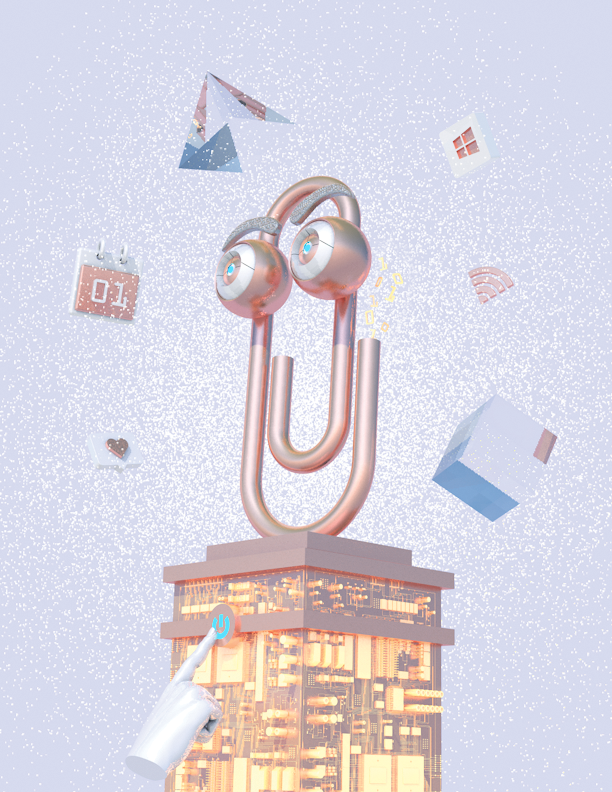 Yes, that is Microsoft’s infamous Clippy. A robot nymph if I ever saw one… 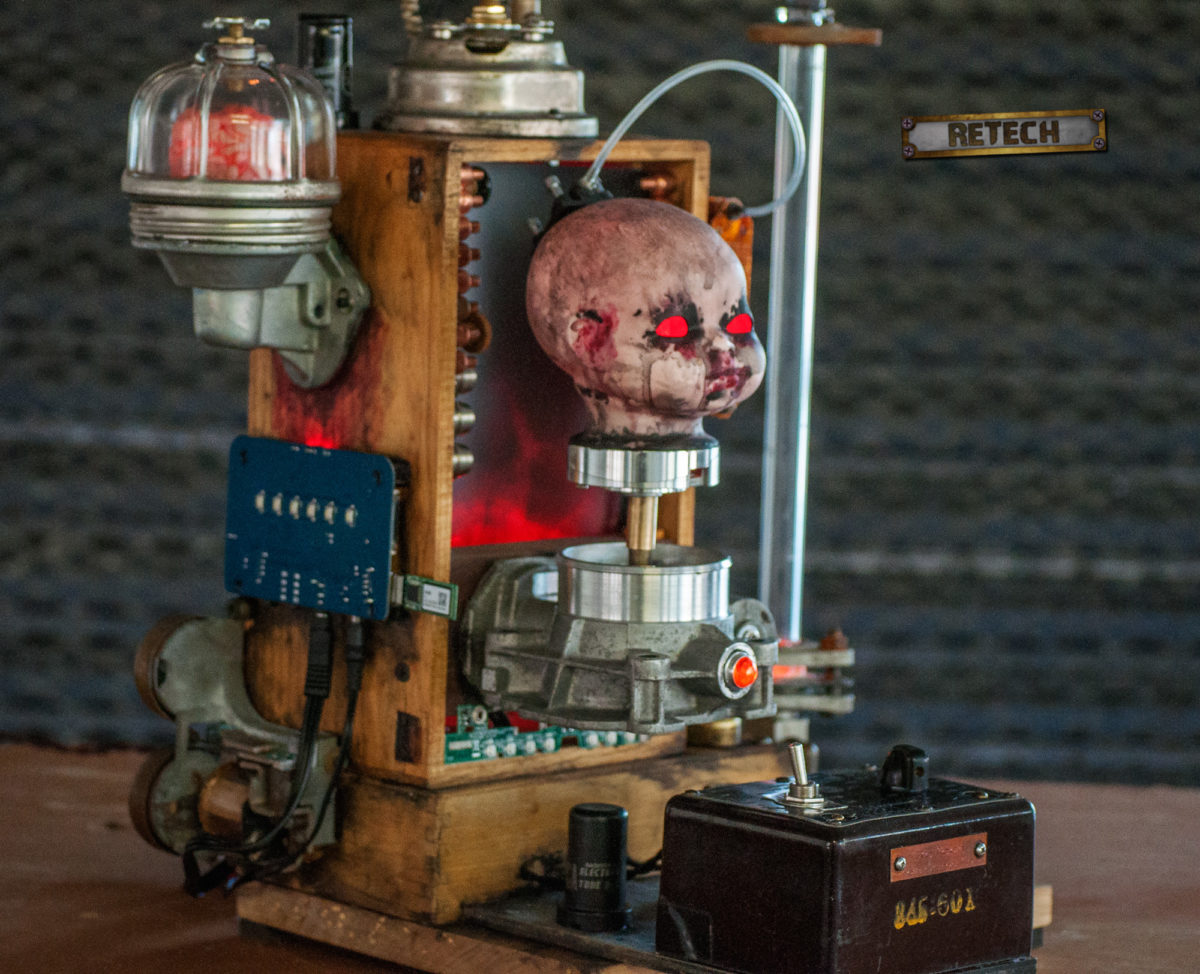 My friend ReTech created these sculptures. I find them profoundly unsettling, and hopefully you will too. Dread the mechanized infants…

Update: ReTech deleted the Imgur galleries, but I saved a couple of photos. 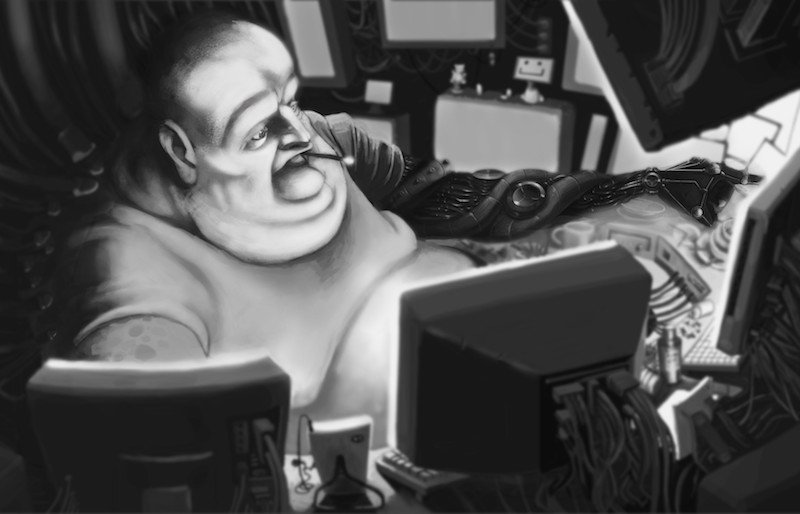 I’m not saying that fatness is inherently grotesque, but that within the context of modern beauty norms, obesity is viewed with contempt. It is radical to combine the triple chin and robot arm in one character — this implies a future in which sophisticated body mods are available, but the pressure to be thin and “fit” is either gone or disregarded.

I also love the allusion to The Maltese Falcon, both in the portrait’s title and its style. (Sydney Greenstreet’s character is dubbed the Fat Man.) Cyberpunk is often cited as a genre with noir roots, but aside from Blade Runner the visuals have often tended more toward space-age sleekness than old-school back-alley grime.

Give me more nastiness, more cigarettes, more computers held together with duct tape. More Slim Jims and less Soylent. And more body diversity — but I want that from all media. 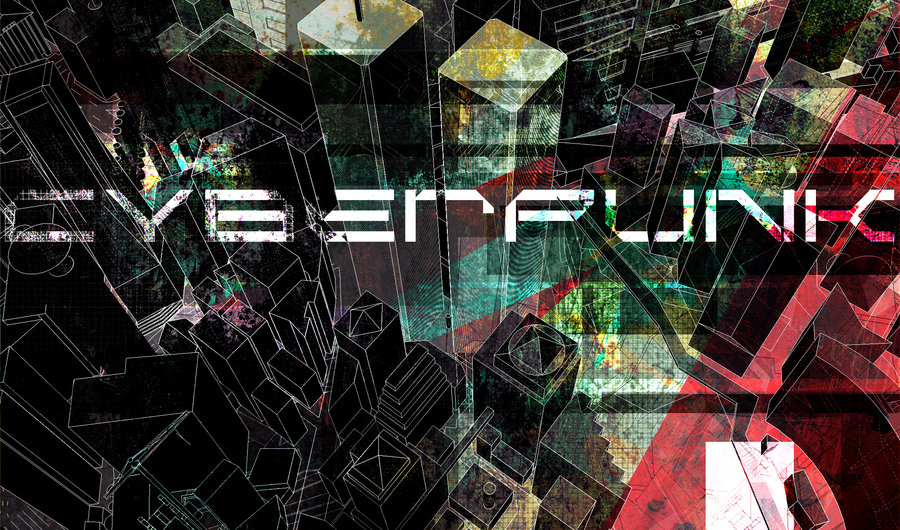 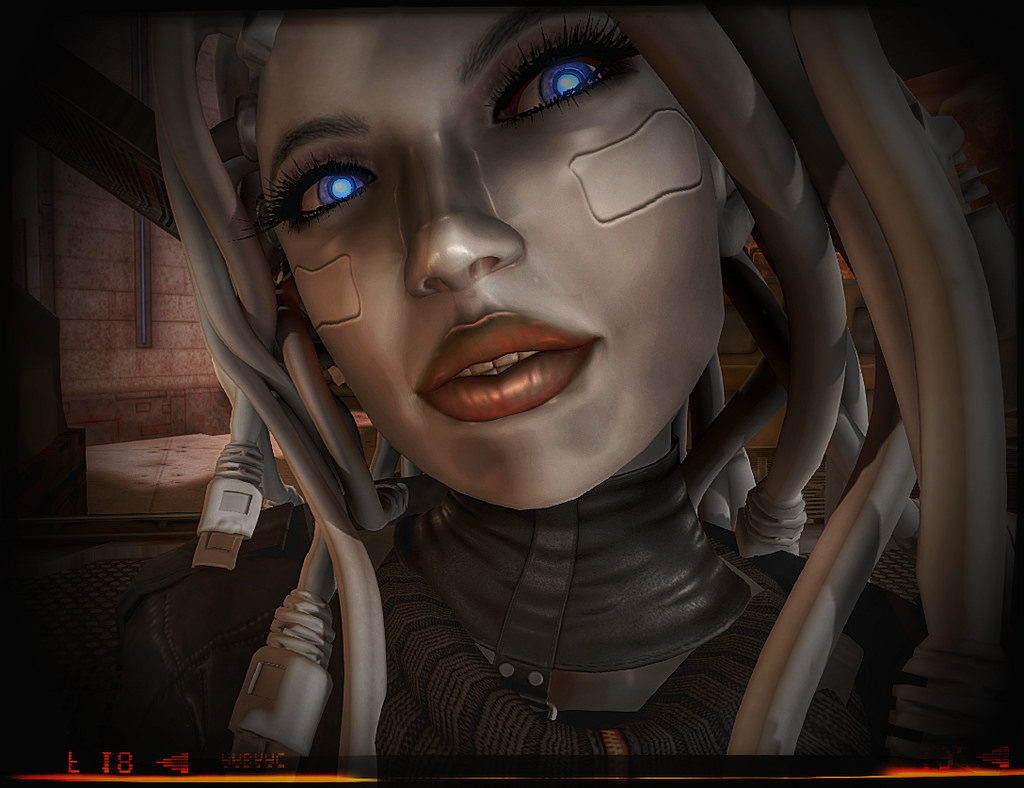 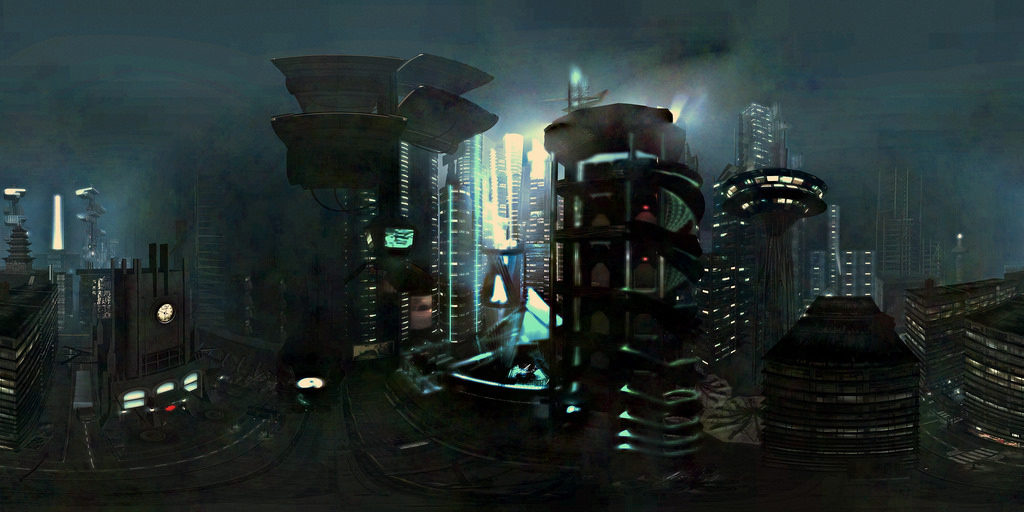 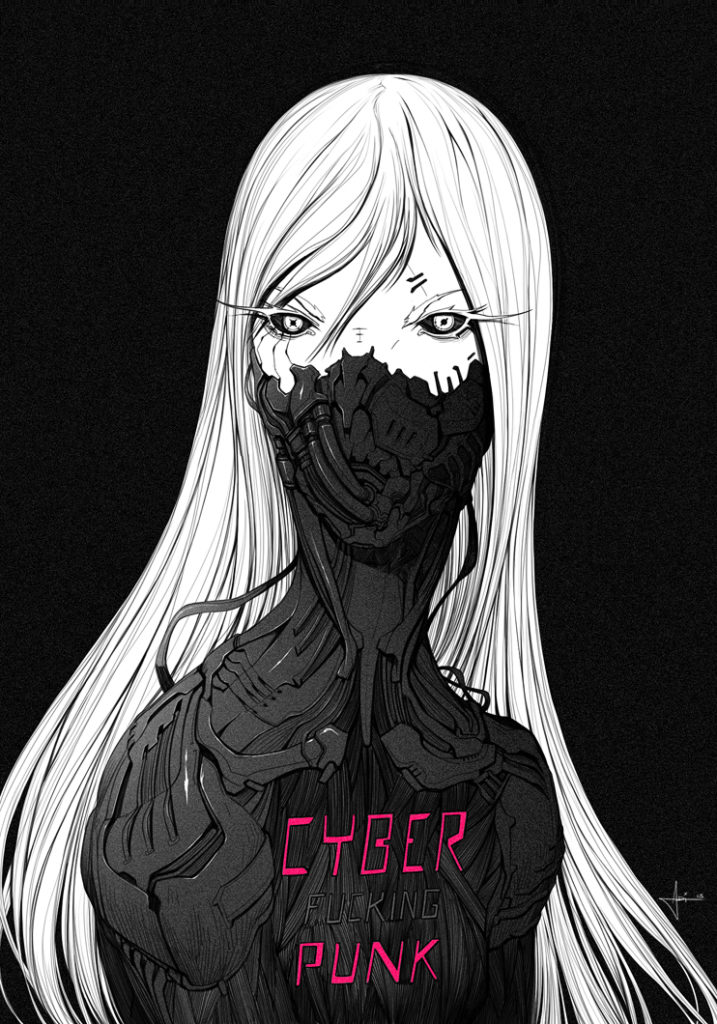